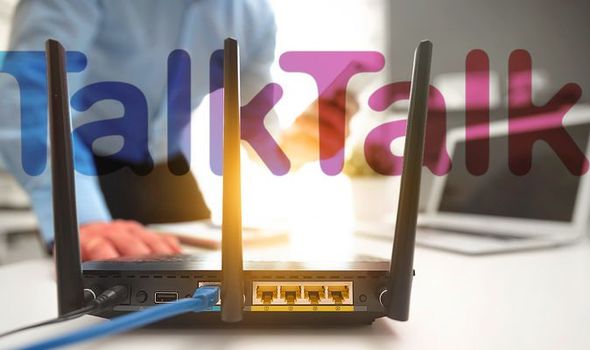 TalkTalk hopes to tackle digital exclusion by offering UK jobseekers access to free broadband. If you’re out of work, you’ll be granted a no-contract voucher to unlock access to TalkTalk’s Fibre 35 broadband plan, which usually costs £23 a month. You can expect download speeds of around 38Mbps on this bundle, which should be more than enough to attend interviews over videocall software, upload CVs, fill out online application forms, and more.

There are no download limits to worry about, so you won’t be penalised if other members of the household are streaming boxsets on Netflix or downloading mammoth updates to video games all-day. TalkTalk supplies its own broadband router to customers, which enables Wi-Fi connectivity at home – so you won’t need to worry about buying any extra kit.

As you might expect, the free six-month broadband voucher from TalkTalk will block your ability to add any optional extras, like paid-for TV services or voice calls, to the contract. So, you’re only going to get access to Wi-Fi and wired internet. That’s it.

At the end of the six months, you’ll be given the choice to switch to a rolling Fibre 35 contract with TalkTalk, or cancel with no additional costs. When you cancel, you’ll need to send back all of the provided Wi-Fi equipment via a prepaid returns service.

Hyperoptic is one of the newest kids on the block. It’s not available as widely as BT, Sky or Virgin Media, but if you’re lucky enough to have its gigabit-cable broadband cables in your street – there are some amazing deals to be had. With no upfront cost or installation fees, this 50Mbps bundle is usually £25 a month, but Hyperoptic has slashed that price as part of its latest flash sale. So, you need to be fast!

BT has launched a new “homebuyer” deal that cuts the price of some of its fastest fibre broadband packages in half for the first three months …and don’t worry, you don’t need to prove that you’ve recently moved house to qualify. After the first three months, your monthly bills will rise to £34.99 a month for the rest of the contract

Vodafone has kickstarted a new “Switch and Save” deal, which offers new customers the chance to sign-up to its home broadband plans for less than £20 a month. If your broadband is out of contract, Vodafone estimates that you can save as much as £300 by switching to one of its newly discounted plans

NOW is currently offering its fast Super Fibre broadband package for just £22 a month, which includes unlimited downloads at speeds of over 60Mbps. There’s also free calls included, and there are exclusive discounts available if you add a NOW TV pass to unlock access to Sky’s exclusive channels and movies too

TalkTalk is offering its fibre broadband at a discounted price, with customers now able to access to the web from just £23 per month. You will need to pay a one-off £4.95 charge for the postage of the new Wi-Fi router, but that’s it. TalkTalk says to expect 38Mbps download speeds, which isn’t the fastest …but it’s a very affordable package that could seriously reduce your monthly outgoings.