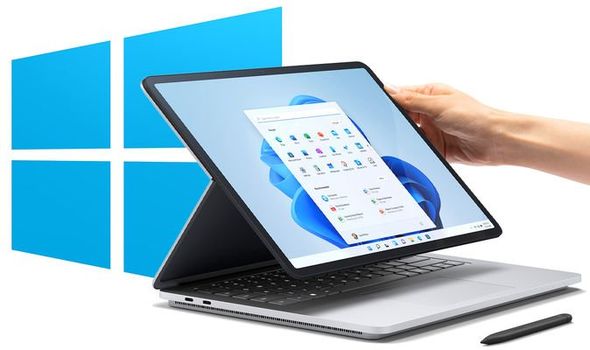 The curtain has just fallen on Microsoft’s latest hardware event, where the company announced a slew of new devices that will launch alongside its redesigned Windows 11 desktop operating system on October 5. The highlight of the 45-minute event, which was streamed from the Microsoft headquarters in Redmond, was the Surface Laptop Studio.

This all-new laptop is the successor to the Surface Book series, which had a detachable screen that could be used separately as tablet away from the guts of the device. The Surface Laptop Studio has a very different party trick up its sleeve.

This time around, the 14.4-inch screen doesn’t detach but it can be pulled forward to an angle that covers the keyboard to binge a boxset on Netflix, or can be pushed down to sit flush with the base of the laptop – what Microsoft calls ‘Studio Mode’ – transforming the device into an enormous tablet. Microsoft bundles a Surface Slim Pen 2, which attaches underneath the palm rests via magnets to charge wirelessly, with the Surface Laptop Studio so you can annotate documents or draw on the touchscreen display.

Microsoft is using the same hinge mechanism found on the likes of the Surface Pro line-up to power this all-new tilting display.

Elsewhere, the Surface Laptop Studio looks set to be a true powerhouse. The 14.4-inch PixelSense display supports a refresh rate up to 120Hz, which should make scrolling and system animations appear much smoother. Games that support the high refresh-rate will also be more frantic. Speaking of gaming, Surface Laptop Studio can be paired with an Xbox Series X controller and stream next-generation titles via its Games Pass subscription service, which offers games via a flat monthly cost like Netflix.

Surface Laptop Studio switches to USB 4 ports with Thunderbolt 4 for faster data transfers and connecting to multiple 4K displays. These can also be used to charge the Surface Laptop Studio, although Microsoft still includes its proprietary Surface Connect charger that connects with magnets. There’s also a 3.5mm headphone port, for those who haven’t yet moved to wireless earbuds.

If you need Microsoft Word, Powerpoint, Excel or Outlook on your home computer or tablet, you can get access to these popular productivity apps for free. Microsoft offers a one-month free trial of its Microsoft 365 subscription, which includes all Office apps and 1TB of OneDrive cloud storage – enough to back-up 500,000 photos