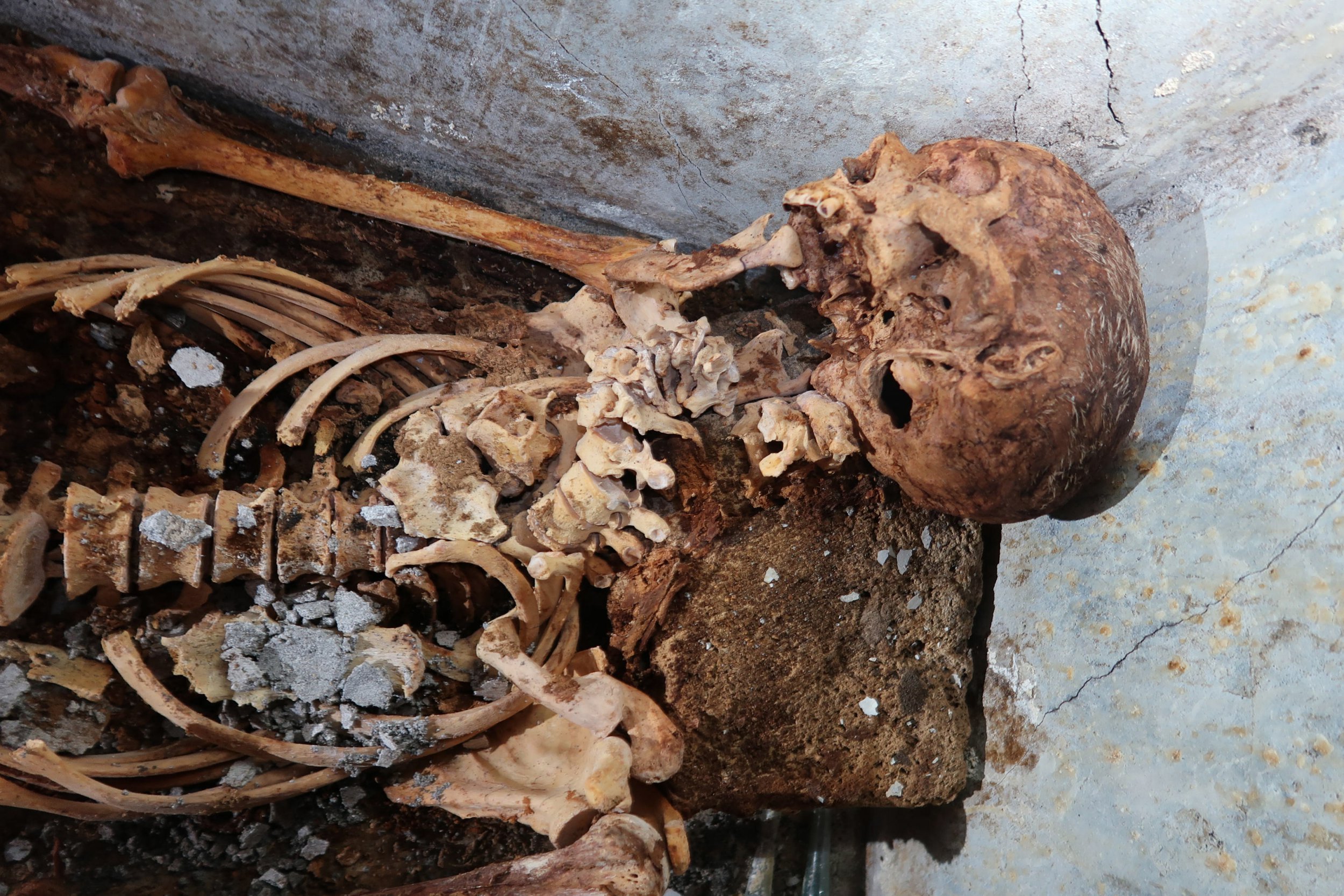 A remarkably well-preserved human skeleton has been discovered inside a tomb in the ruins of the ancient city of Pompeii.

White hair and part of an ear, along with bones and fragments of fabric were found in the tomb.

The skeleton is believed to be that of Marcus Venerius Secundio, who was responsible for putting on theatre performances.

The discovery sheds light on the cultural life of the city before it was destroyed by the volcanic eruption of Mount Vesuvius in AD79.

It’s also unusual to find skeletons as many residents were cremated at the time.

The tomb was found in the necropolis of Porta Sarno, an area not yet open to the public. It’s located in the east of Pompeii’s urban centre and an inscription suggests that Marcus put his performances on in Greek.

Experts said it was the first confirmation that Greek was used alongside Latin at the time.

‘That performances in Greek were organised is evidence of the lively and open cultural climate which characterised ancient Pompeii,’ the director of the Archaeological Park of Pompeii, Gabriel Zuchtriegel, said in a statement announcing the discovery.

The eruption of Mount Vesuvius in AD79 destroyed Pompeii and most of the victims died from asphyxiation, due to the giant cloud of ultra-hot volcanic ash that the volcano spewed forth.

Researchers think that the majority of the village might have survived if the pyroclastic flows, lethal plumes of gas, had tapered off quickly – but new modelling indicated the flows would have lasted for upwards of 20 minutes, leading to most villagers dying in a matter of minutes.

The explosion of Pompeii is famous for its cataclysmic nature – before the explosion, the village was a popular industrial hive, with expensive private villas.

But after AD79, when Vesuvius erupted with more than 100,000 times the energy of the bombs dropped on Hiroshima and Nagasaki, the town and surrounding areas were carpeted under a layer of volcanic mud, ash and rock.

Excavations over the years have yielded remarkable discoveries of tombs, chariots and brilliantly frescoed homes.