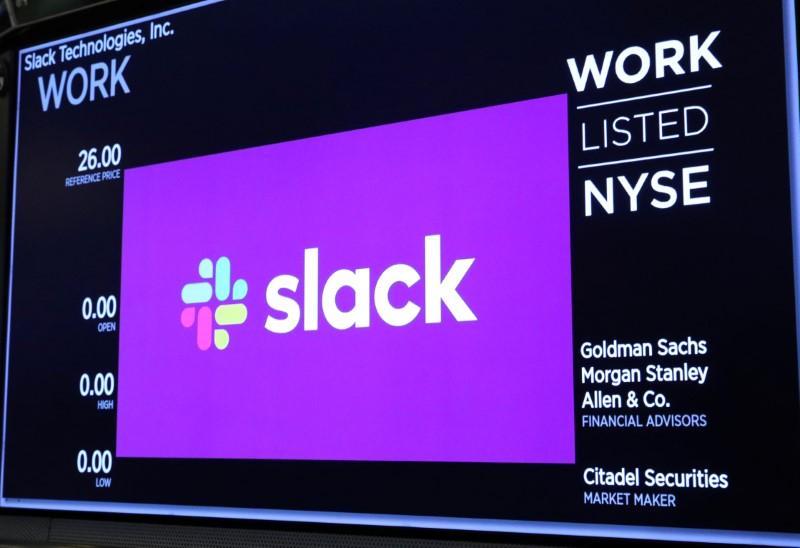 (Reuters) – Shares of Slack Technologies (WORK.N) dipped 3% on Thursday ahead of the workplace communication platform’s quarterly report, pausing a three-month rally fueled by millions of people working from home due to the coronavirus.

A top pick among traders betting on shares of companies benefiting from the recent shutdown of the U.S. economy, Slack on Wednesday closed at a record high after more than doubling from lows in March during Wall Street’s broad selloff.

However, the unprofitable company faces massive competition from Microsoft’s (MSFT.O) Teams workplace chat software, and its recent surge has stretched its valuations.

“The biggest risk to Slack in our view is that the good news is ‘already out there’,” warned Canaccord Genuity analyst David Hynes in a recent client note, maintaining his “buy” rating on the stock.

Slack is trading at the equivalent of 23 times its expected 12-month sales, according to Refinitiv, an unusually high level, even among other fast-growing software companies.