The largest glacier in the 800km (500mile) mountain chain on the arid northeastern edge of the Tibetan plateau has retreated about 450 metres since the 1950s, when researchers set up China’s first monitoring station to study it.

The 20-square kilometre glacier, known as Laohugou No. 12, is criss-crossed by rivulets of water down its craggy, grit-blown surface. It has shrunk by about 7% since measurements began, with melting accelerating in recent years, scientists say.

Equally alarming is the loss of thickness, with about 13 metres (42 feet) of ice disappearing as temperatures have risen, said Qin Xiang, the director at the monitoring station.

‘The speed that this glacier has been shrinking is really shocking,’ Qin told Reuters on a recent visit to the spartan station in a frozen, treeless world, where he and a small team of researchers track the changes.

The Tibetan plateau is known as the world’s Third Pole for the amount of ice long locked in the high-altitude wilderness. 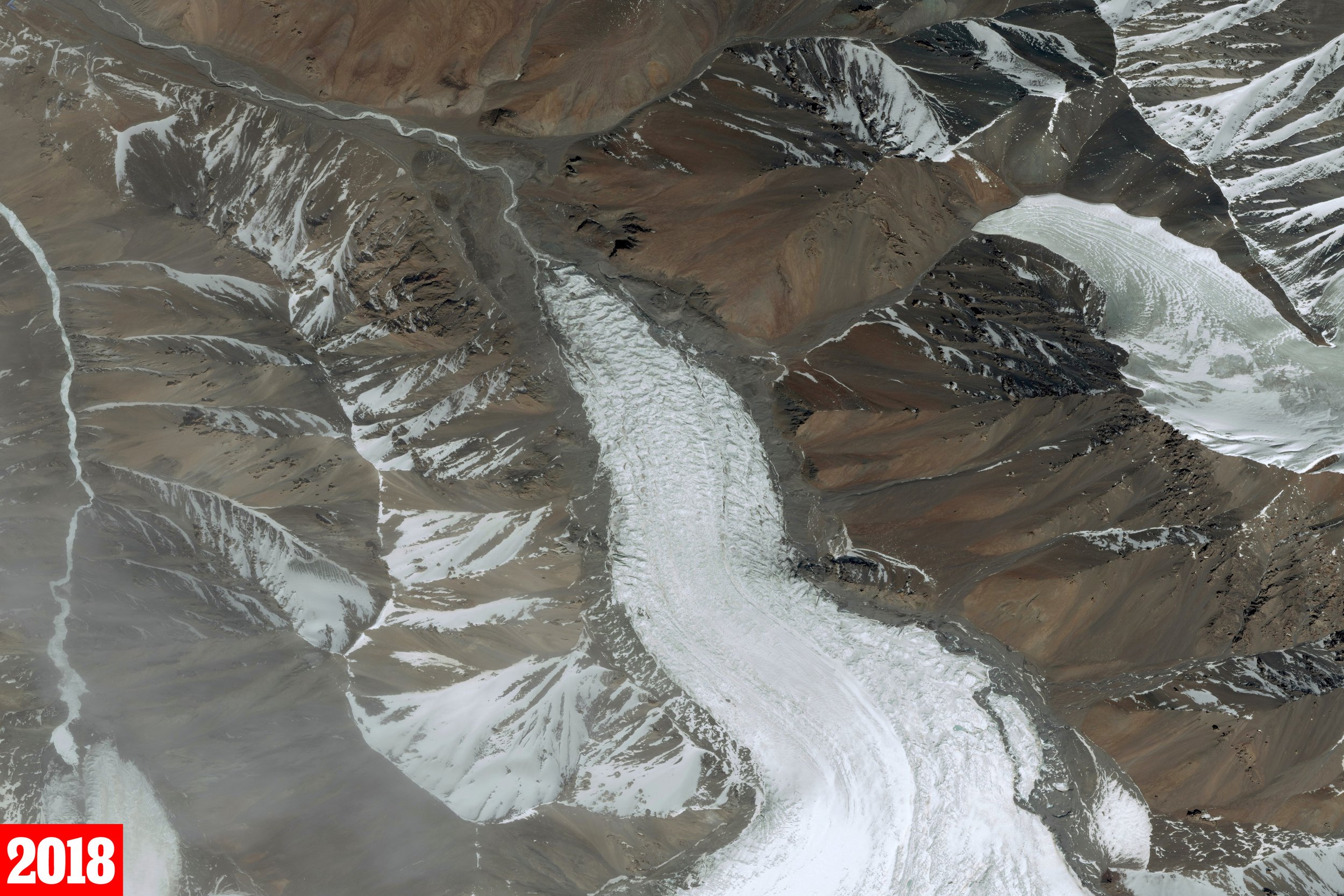 But since the 1950s, average temperatures in the area have risen about 1.5 Celsius, Qin said, and with no sign of an end to warming, the outlook is grim for the 2,684 glaciers in the Qilian range.

‘When I first came here in 2005, the glacier was around that point there where the river bends,’ Qin said, pointing to where the rock-strewn slopes of the Laohugou valley channel the winding river to lower ground.

The flow of water in a stream near the terminus of the Laohugou No. 12 runoff is about double what it was 60 years ago, Qin said.

Further downstream, near Dunhuang, once a major junction on the ancient Silk Road, water flowing out of the mountains has formed a lake in the desert for the first time in 300 years, state media reported.