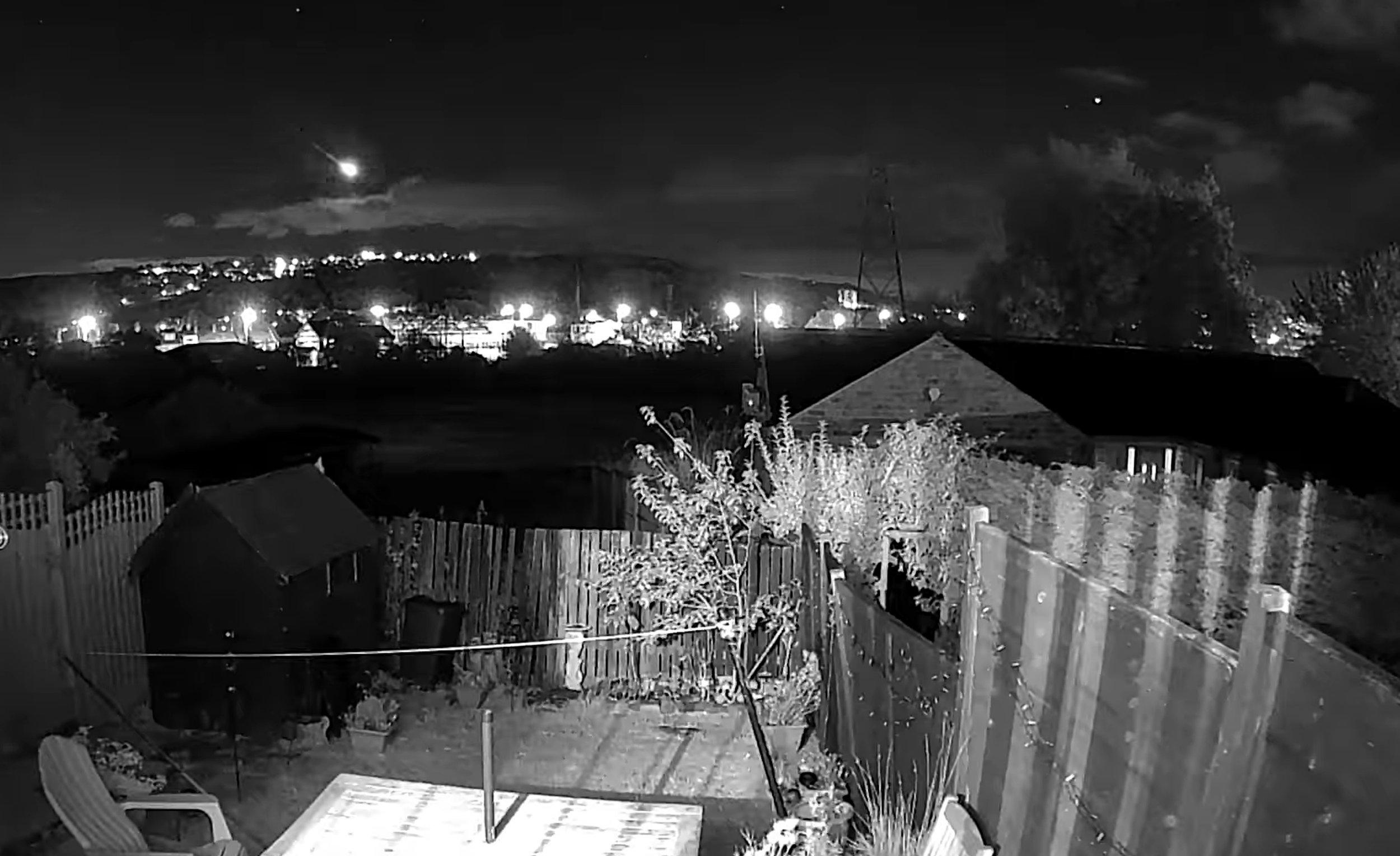 Onlookers have described a fireball that lit up the sky over the UK on Wednesday night as ‘spectacular’.

Sightings of the green-tinged cosmic display were reported across England, from Yorkshire to London, after it passed over the UK at around 9.30pm.

Renos Christou said he felt ‘very lucky’ after spotting the fireball travelling over Enfield, north London and capturing it on his home security camera.

‘It was amazing… I’ve always been fascinated with space and to see something like that, I felt very lucky, the 29-year-old chartered accountant told the PA news agency.

‘It lit up the sky bright green as it burnt up in our atmosphere.’

‘I did wait for a second, hoping I would hear some sort of boom, as heard with larger ones around the world, but nothing.’

Stephen Wall, from Riddlesden in West Yorkshire, said he was standing outside his back door when he spotted the bright light.

‘(It) was green with a red tail and very spectacular,’ Mr Wall told the PA news agency.

The 58-year-old petrol station cleaner added he had seen fireballs before, but that this was the ‘best’.

Although not formally identified, the fireball could be a meteor, a high-velocity body of matter from space which illuminates the sky due to friction with the atmosphere.