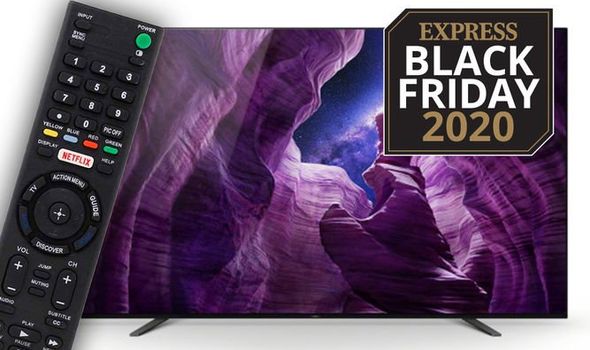 If your living room feels like it’s in need of a brand new telly then now could be a very good time to head to the shops. Sony has just announced a major sale ahead of Black Friday tomorrow with some of its best and brightest televisions slashed in price by up to £500. This sale even includes lower prices on Sony’s latest pin-sharp OLED sets with High Dynamic Range (HDR) which offer richer blacks and improved contrast.

All of the televisions are also 4K ready and include instant access to a swathe of streaming services such as Netflix and Amazon Prime video.

The Sony TV deals are available across a number of retailers including Currys, Argos and John Lewis and Richer Sounds.

Here’s some of the best TV deals available on Sony TVs right now.

Along with its TVs, Sony is also offering lower prices on its award-winning and recently released Xperia smartphones.

The premium Xperia 1 II has a whopping £300 knocked off the original asking price and there’s also a discount on the brilliant Xperia 5 II which is reduced by £200.

“Black Friday 2020 is just around the corner and Sony is offering huge price drops across audio, television, digital imaging and Xperia smartphones. Online shopping has never been better with between 15-50% off must-have gadgets at participating retailers.” said Sony.

WHAT IS BLACK FRIDAY?

Black Friday has become the biggest shopping day of the year after crossing over from the US. Amazon, Tesco, Argos, and other shops offer Black Friday shopping deals and traditionally slash prices and offers on technology and electronic goods on the Friday after Thanksgiving. This year it falls on November 27.