Google and Amazon's new smart displays aspire to be the kitchen television reborn for the internet age, but they're not yet smart enough to deserve a place on your bench.

The kitchen television was a favourite of baby boomers, back when clunky CRT televisions finally became small and cheap enough to tuck away in the kitchen corner or perch on top of the fridge. 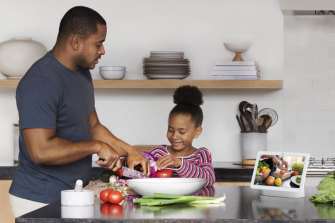 The Nest Hub Max is the latest smart display from Google.

You don't often see televisions in the kitchen these days. In part this is thanks to the shift towards open-plan living and big screens, meaning you're more likely to have a good view of the lounge room television from the kitchen.

Perhaps more importantly, kitchen televisions — just like bedroom televisions — have been rendered redundant by the rise of tablets and our thirst for streaming video rather than live broadcasts.

Now the tech giants are pushing to get screens into the kitchen, with Google's $349 Nest Hub Max — which  just hit stores this week — going head to head with Amazon's $349 Echo Show. Both sport a 10-inch touchscreen and bring a smart assistant to life.

You might already have a smart speaker discreetly tucked away in the corner of the kitchen, but a screen needs to be more prominent if you're going to make the most of it, which could be a problem depending on your space.

Of course most of the bulk is due to the devices' built-in speakers. Smart displays will become more practical once they stop trying to be a beefed up smart speaker and shed their bulk in favour of a tablet-style design. Then they could hang on the wall, or even on the front of the fridge, perhaps finally putting the smart fridge concept to rest.

So how do you justify splashing the cash and sacrificing prime bench space on today's smart displays, rather than just reaching for your smartphone or tablet? Smart screens are still in search of a killer application to prove their worth.

For smart speakers the killer application is quick, hands-free access to streaming music, with both Google and Amazon supporting the ever-popular Spotify alongside their own music services. 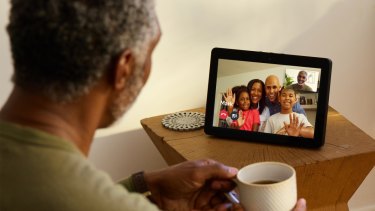 The Echo Show is a similar device, but using many of Amazon’s services rather than Google’s.

So what about smart displays? The most likely candidates are watching streaming video, making video calls, accessing recipes and seeing more details when you ask questions of your smart assistant.

Before you get too excited, both Amazon and Google deny access to Netflix, the current king of streaming video. Unlike some catch-up apps, you can't even stream to these smart screens from the Netflix app on your smartphone. 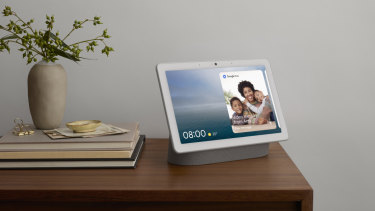 The Nest Hub Max can recognise your face in order to serve personalised notifications and suggestions.

As for video calls, forget about the perennial Skype. You're forced to stick with the vendor's own video chat services.

You wouldn't buy a kitchen television locked to one channel, and it's hard to see why you'd want a similarly hamstrung smart display. Not when there are so many other devices which you can prop up on the bench to keep you entertained while you make dinner

Admittedly, smart displays are good at illustrating a point, such as listing your calendar events. That said, you can obtain the same information from a smart speaker by simply asking follow-up questions.

You could argue that the Google Nest Hub Max's facial recognition makes it more useful, but in practice it just makes the technology feel a lot more intrusive by constantly reminding you that you're being watched. Stuck in the kitchen it's also of limited use a Nest surveillance camera, unless you want to spy on the chef.

Smart displays are most practical in the kitchen when viewing recipes. It's genuinely helpful to see the steps, especially when greasy hands stop you reaching for your smartphone.

That's still a fairly niche use case. Unless you're a master chef, smart displays need to be a little more entertaining before they'll win pride of place in your average kitchen.