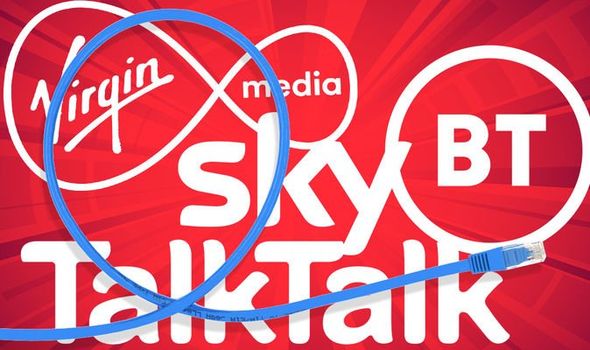 If you’re struggling with sluggish download speeds at home, it might be time to switch to a new provider. Not only could that unlock faster broadband, but it’s likely to save you a shedload of cash too. With recent energy bills and council tax rises, there’s not a lot of opportunities to make savings on your monthly expenditures …but broadband is the exception.

So, you’ll be getting faster download speeds and cheaper bills.

Virgin Media customers could save the most by switching (£143.64 per year), as they have the highest average monthly bill out of the big four providers at £41.68, Which? added. However, it’s worth noting that Virgin Media offers some of the fastest speeds available in the UK, with more than 15 million customers able to access downloads in excess of 500Mbps. For comparison, the average UK home broadband speed is 71Mbps.

BT, Sky, Virgin Media, and a host of new start-ups, including the likes of Hyperoptic, Community Fibre, Zzoomm, Giganet, and more, are rolling out gigabit-capable broadband connections too. These typically cost a little more, but for those who will be working from home permanently – or have busy household with multiple people streaming shows in 4K, making video calls, downloading video games, backing up photos at the same time each night – these speeds, which top out above 1,000Mbps, ensure you’re never faced with buffering.

With a gigabit broadband connection, you’ll be able to download 25 songs in one second and a feature-length film in HD in around 36 seconds.

Whether you’re hoping to cut back on the cost of your monthly broadband bills or want to increase the bandwidth coming into your home, Express.co.uk has rounded up some of the best deals around. Check out the speeds and prices available below…

BT has launched a new “homebuyer” deal that cuts the price of some of its fastest fibre broadband packages in half for the first three months …and don’t worry, you don’t need to prove that you’ve recently moved house to qualify. After the first three months, your monthly bills will rise to £34.99 a month for the rest of the contract

TalkTalk is offering its fibre broadband at a discounted price, with customers now able to access to the web from just £23 per month. You will need to pay a one-off £4.95 charge for the postage of the new Wi-Fi router, but that’s it. TalkTalk says to expect 38Mbps download speeds, which isn’t the fastest …but it’s a very affordable package that could seriously reduce your monthly outgoings.

Hyperoptic is one of the newest kids on the block. It’s not available as widely as BT, Sky or Virgin Media, but if you’re lucky enough to have its gigabit-cable broadband cables in your street – there are some amazing deals to be had. With no upfront cost or installation fees, this 50Mbps bundle is usually £25 a month, but Hyperoptic has slashed that price as part of its latest flash sale. So, you need to be fast!

Vodafone has kickstarted a new “Switch and Save” deal, which offers new customers the chance to sign-up to its home broadband plans for less than £20 a month. If your broadband is out of contract, Vodafone estimates that you can save as much as £300 by switching to one of its newly discounted plans

NOW is currently offering its fast Super Fibre broadband package for just £22 a month, which includes unlimited downloads at speeds of over 60Mbps. There’s also free calls included, and there are exclusive discounts available if you add a NOW TV pass to unlock access to Sky’s exclusive channels and movies too