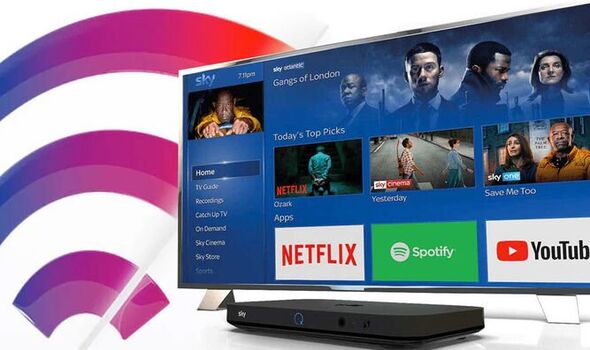 It’s not often you get something for nothing but that’s exactly what Sky is offering customers. The satellite TV firm has just announced the launch of a new deal that includes a whole six months of broadband access for free.

The offer is available on the firm’s Sky TV, Netflix and Superfast broadband bundle which usually costs £56.60 per month. However, for the first part of this 18-month contract, customers will pay just £26 with that internet access removed from the bill.

Sky’s Superfast service features download speeds of 59Mbps which isn’t the fastest but should be ample for streaming Netflix and watching movies online.

Those who sign up will also get the award-winning Sky Q box which allows them to record multiple shows at once along with finding content via their voice using the clever remote control. Sky Q is also fully compatible with the latest 4K content and has access to all the most popular streaming apps such as Disney+ and Apple TV+.

If any of that sounds enticing we’ve got full details on the deal below.

Sky Q, Sky TV, Netflix and Superfast Broadband bundle
PRICE: £26 per month (first 6 months then £56.60)
INCLUDES: Over 350 channels including Sky Atlantic, Sky Max, MTV and National Geographic plus full access to Netflix, Superfast broadband with 59Mbps speeds
TERMS: This deal is based on an 18-month contract and there is a £49 set-up fee to pay.
SEE THE DEAL HERE

Along with this offer of free broadband, Sky continues to feature its Q Lite bundle at its lowest ever price.

This plan comes with a Sky Q box, 36Mbps broadband and over 250 channels for just £30 per month.

The only thing this bundle doesn’t include is any access to premium content from Sky with Q Lite featuring Freeview channels instead. Anyone wanting more telly to watch can add an extra 150 channels for £9 more per month.

Sky Q Lite bundle
PRICE: £30 – lowest ever!
INCLUDES: Sky Q with over 200 channels including BBC, ITV, Sky Arts, Dave and Quest plus broadband with 36Mbps speeds
TERMS: This deal is based on an 18-month contract and there is a £29.95 set-up fee to pay.
SEE THE DEAL HERE