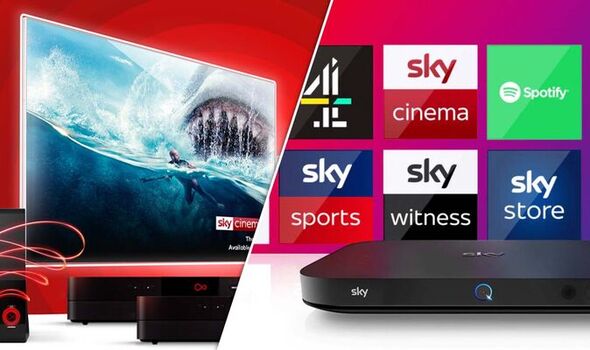 Virgin Media, Sky and BT customers could soon be able to tune into a blockbuster new sports channel. It’s been revealed that BT Sport and Eurosport will be joining forces to create an entirely new channel that brings together the wealth of exclusive content it offers all under one roof. The deal will create a brand new rival to Sky Sports, with a staggering amount of live sports set to be streamed all in one place.

This is thanks to a newly struck deal between BT and Eurosport owners Warner Bros Discovery to create a new premium sports offering.

The new channel will broadcast exclusive BT Sport content such as Champions League and Premier League football matches, along with exclusive Eurosport content like the Australian Open and French Open tennis Grand Slams as well as the Olympics.

The deal was struck after BT were previously in talks – that fell through – about a potential acquisition with streaming service DAZN.

Virgin Media outline the features of their 360 TV remote

Speaking about the deal Marc Allera, CEO BT’s Consumer division, said: “As a global sports and entertainment broadcaster Warner Bros. Discovery is the perfect partner to work with us to take BT Sport to the next stage of its growth. We’re excited to be joining forces to bring the best of BT Sport together with Eurosport UK to create a fantastic new sports offer alongside all the entertainment that discovery+ has to offer BT customers.”

To begin with, both BT Sport and Eurosport will retain their initial branding before being brought together under one brand in the future.

A name for the new channel hasn’t been announced yet, but given BT Sport and Eurosport’s existing portfolios we know the truckload of content this upcoming platform will offer.

BT Sport is the exclusive broadcaster in the UK and Ireland of the Champions League, Europa League and Europa Conference League but it also broadcasts Premier League matches, Ligue 1 and Serie A football.

While Eurosport is the exclusive broadcaster of the first two tennis Grand Slams of the year, the Australian Open and French Open, as well as the Olympics, Tour de France, Le Mans 24 hour race, Formula E, World Superbikes, alpine skiing events, snooker and much more.

The staggering amount of content that will all be brought under one roof is arguably more extensive than what Sky Sports offers, but which package you prefer will all boil down to what sports you’re most passionate about.