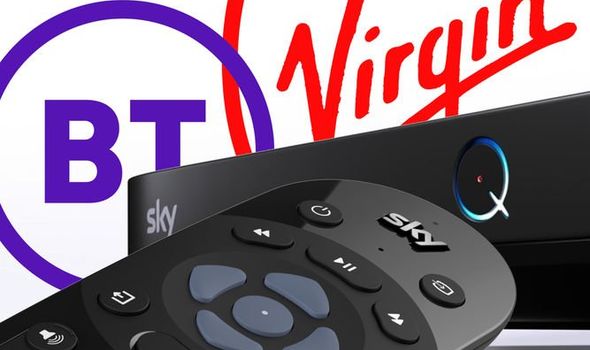 Sky is giving new customers the chance to get money back on their bill if they switch to the firm and it could make changing suppliers a much more attractive option. This latest incentive is open to anyone who is facing the nightmare of being charged for leaving their current contract early with Sky then refunding up to £200 when they join.

Most Internet Service Providers (ISPs) – including BT and Virgin Media – will charge a fee if a customer decides to cancel their contract early.

For example, BT says anyone who leaves before the end of the agreed term will face a fee that is the total of the remaining amount they would have paid up to the end of their minimum period.

The final bill is minus VAT and the costs BT saves by the person leaving early. So if your bill is £35 per month and you have four months left to go on your deal BT will charge you a total of £67.32 to switch to someone else.

Virgin Media will also charge customers to leave with the firm capping its total charges at £240.

That’s a pretty high price to pay and Sky is clearly aware that these large fees could put people off joining its service and so is offering a payment to make switching appear more attractive.

If you move over to its broadband or just want TV you’ll get £100 credit. If you take out TV and broadband in one plan then you’ll get £200 back on your bill.

There are a few terms and conditions including having to provide Sky with the final bill from your current supplier and evidence that you have paid it.

If you’ve been thinking of switching then you can find full details here.

Sky TV prices currently start from £25 per month with its broadband costing from £28 per month.

If you want both TV and broadband these deals start from £33 per month.

Sky isn’t the only firm that is offering incentives for anyone making the switch to its broadband.

Vodafone has also announced that it is offering much cheaper prices to anyone happy to leave their current ISP. In fact, Vodafone is undercutting rivals such as BT and Virgin by as much as £500 depending on what speeds customers opt for. Prices for Vodafone’s new “Switch and Save” plans start from just £19.50 – that’s for its slowest 35Mbps speeds.

Anyone with this service in their street can get 50Mbps speeds for just £15 per month or 500Mbps for £30.

There’s also a ludicrously fast 1Gbps option for £35 per month which allows users to download a full HD movie in just 40 seconds.