Sky Q is easily one of the most complete ways to watch TV. However, since its launch in 2016, the next-generation set-top box has suffered an ongoing issue. Back in 2018, Sky started to talk about HDR (High Dynamic Range) content launching on its Q devices. Unfortunately, this was delayed agin and again. After a very long wait, a handful of shows finally got this pin-sharp makeover earlier this year, with movies coming before Christmas and sport coverage set to debut in 2021 – some three years after the announcement.

Despite all of this good news, Sky customers have been left without one important update. Despite Netflix having bundled HDR compatibility for subscribers over a number of years, Sky customers have been left unable to view shows from the streaming service in this stunning format – even if they pay for the privilege in their monthly subscription bill.

Now that’s finally fixed. Sky has confirmed that it’s rolling out an update that will let customers watch Netflix in HDR from the Sky Q box.

For those who are unaware, HDR can display a higher level of contrast between light and dark areas of the screen – so you won’t lose any detail in a movie scene when someone is in a darkened room, looking out of a small window to the brightly lit outdoors.

Speaking about the update Fraser Stirling, Group Chief Product Officer, Sky, said: “It’s great to add Netflix’s HDR films and TV shows to the growing collection of stunning HDR content on Sky Q, giving our customers a brighter, bolder and more realistic viewing experience. Netflix HDR is the latest in a string of new features we’ve added to Sky Q, including; enhanced voice search, a sleek new home screen design and apps like Fiit and Roxi, making it easier for customers to find more of what they love in one place.” 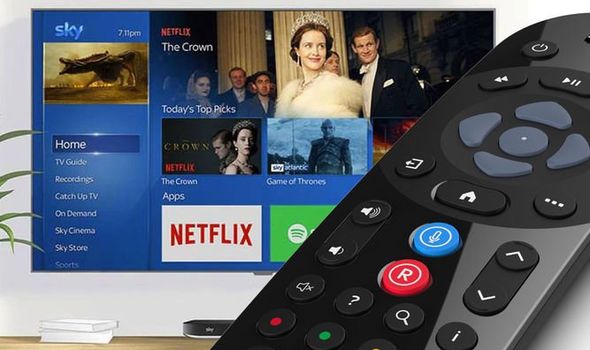 Netflix now joins other content available on Sky Q in HDR, that includes Sky Nature shows like Gangs of Lemur Island and Malawi: Wildlife Rescue, as well as Sky originals like Britannia II, Cobra, Bulletproof 2 and Save Me Too.

Disney+ customers can also get a selection of movies and shows in HDR as well. Before you get too excited about this upgrade there are a few things to be aware of.

Sky says its Netflix HDR will be rolled out to customers from today and be available to all customers by mid-November.

Rival Virgin Media TV V6 has been able to stream Netflix in HDR, provided you have a subscription with Netflix that enables HDR, since the set-top box launched. It also supports HDR on Amazon’s Prime Video service, which isn’t yet available to watch on Sky Q.