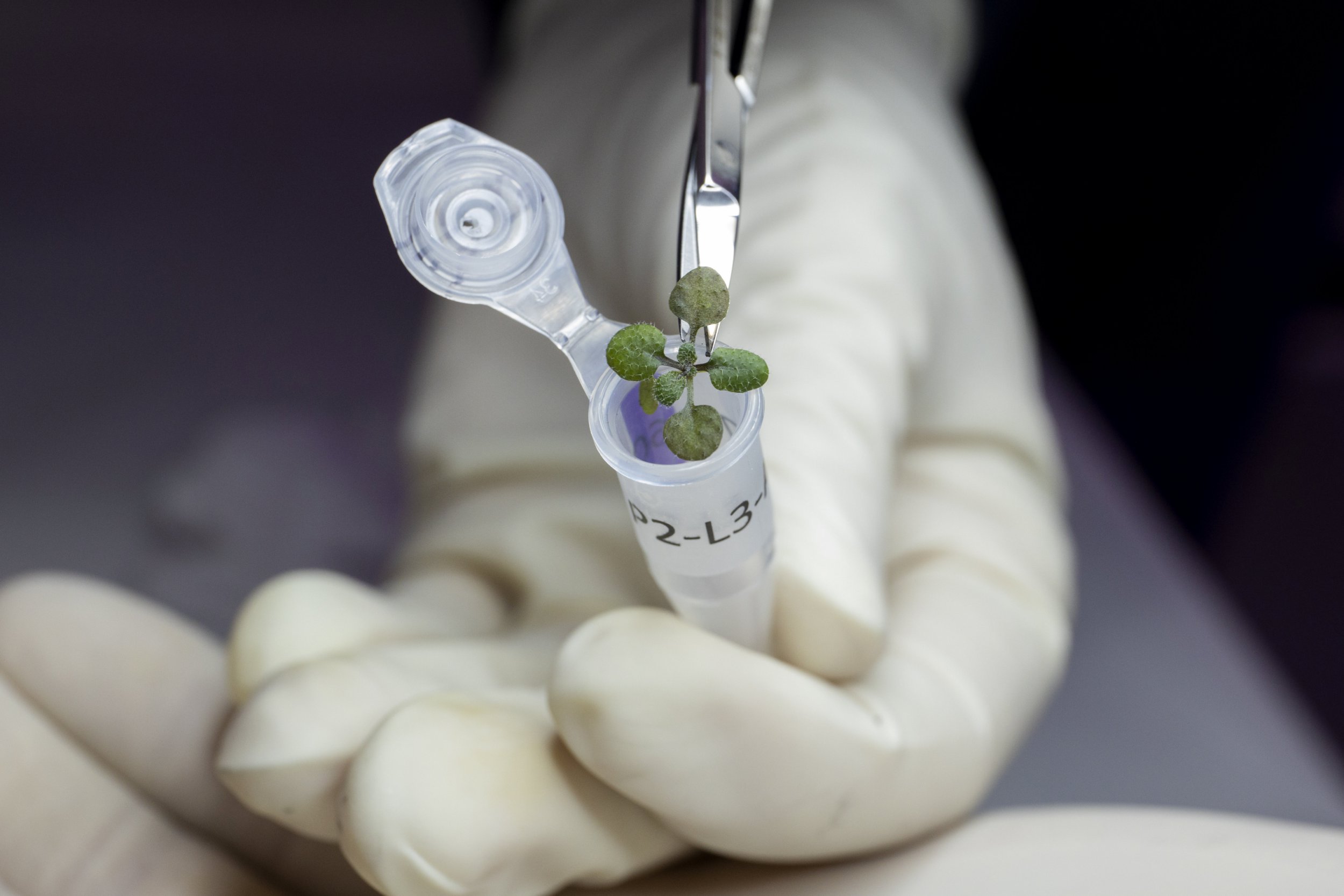 Humans may one day be able to grow plants for food and oxygen on the moon during space missions.

Scientists have finally succeeded in growing plants in soil collected from the moon for the first time.

In the new study, researchers from the University of Florida showed the arabidopsis plant — thale cress — can successfully sprout and grow in soil that was collected from the Apollo 11, 12 and 17 missions.

The study also investigated how plants respond biologically to the moon’s soil, also known as lunar regolith, which is radically different from soil found on Earth.

Rob Ferl, one of the study’s authors and a professor of horticultural sciences said: ‘Showing that plants will grow in lunar soil is actually a huge step in that direction of being able to establish ourselves in lunar colonies.’

Does this mean that it would be possible to grow food fit for human consumption on the moon?

Anna-Lisa Paul, one of the study’s authors and a research professor of horticultural sciences, explained: ‘So the plants that were responding the most strongly to what we would call oxidative stress responses, those are the ones especially in the Apollo 11 samples, they are the ones that turned purple.’

That is similar to blueberries and cranberries, which are healthy for humans because of their anti-oxidative properties.

Explaining the thale cress grown was edible but not tasty, she added: ‘We definitely don’t know the nutritive value of these plants, but it is likely not to pose any threat to humans – it’s hard to say, but it’s more likely that the chemicals that plants produce in response to stresses are ones that also help human stresses as well.

‘So it’s likely to be a more benign or helpful response than the other way around.’

Thale cress is well-documented in scientific research and its genetic code has been fully mapped.

It belongs to the same family as mustard, cauliflower and broccoli, so many of the things learned could translate into the same kind of metabolic strategies and processes, according to scientists.

The researchers set about planting seeds in lunar soil – adding water, nutrients and light, and analysing the growth and results.

But because of the rare nature of the samples, the scientists had just 12 grams — just under three teaspoons — of moon soil that Nasa had loaned them.

The researchers used thimble-sized wells in plastic plates normally used to culture cells, and once each was filled with roughly one gram of lunar soil, it was moistened with a nutrient solution and added a few seeds from the arabidopsis plant.

In order to conduct comparisons, seeds were also planted in soil from Earth that mimics real lunar soil, as well as simulated Martian soils and terrestrial soils from extreme environments.

The researchers were surprised to see that all of the seeds planted in the lunar soils sprouted.

However, some of those grown in the lunar soils were smaller, of different colours, grew more slowly or were more varied in size than their counterparts.

These were all physical signs that the plants were working to cope with the chemical and structural make-up of the moon’s soil, which has lots of tiny glass fragments containing gases and even metallic irons.

According to the scientists, how plants respond to lunar soil may be linked to where the soil was collected. For instance, the researchers found that the plants with the most signs of stress were those grown in what lunar geologists call mature lunar soil.

The research comes just in time for Nasa’s Artemis Program, that plans to return humans to the moon. Artemis 1 is currently scheduled to launch no earlier than late May 2022.

The upcoming mission will require a better understanding of how to grow plants in space.