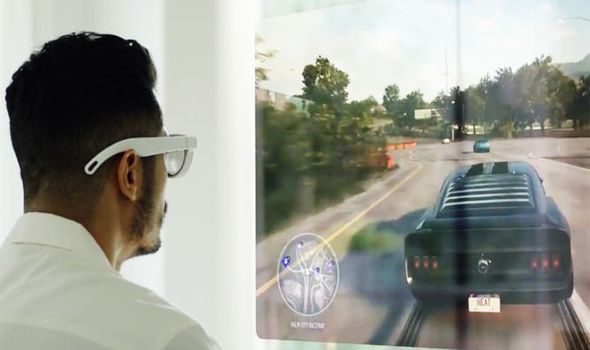 Samsung might be the most popular TV manufacturer on the planet, but its latest tech could put an end to that business model entirely. The South Korean firm’s latest invention is called Samsung Glasses Lite, which can summon a big screen in front of your very eyes using Augmented Reality.

These new Augmented Reality (AR) spectacles were leaked online by Twitter user WalkingCat (@_h0x0d_) who shared what appears to be an official marketing video from Samsung made for a future announcement.

The short clip reveals exactly how the new Glasses Lite would work, with wearers able to settle down to a movie binge or an afternoon of gaming without needing a giant TV in their plugged into their living room. When it’s time to get some work done the glasses can then be switched to reveal a PC-style monitor allowing those wearing them to send emails, surf the web and check any important documents.

Along with work and entertainment, the new glasses can be used to make video calls and check daily news and weather reports. 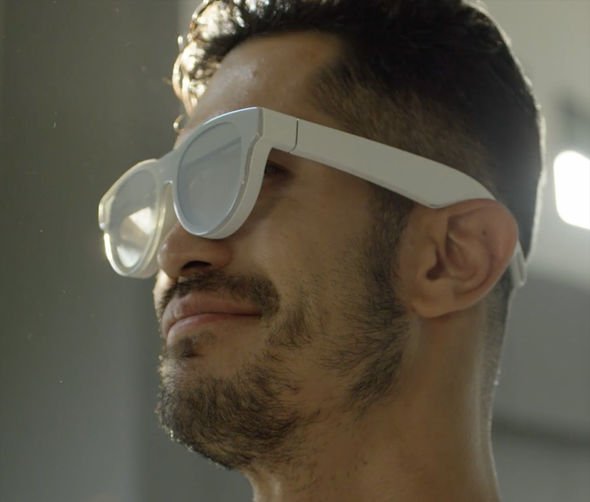 Samsung has also shown another way of getting use out of the specs with the Glasses connecting to a drone with real-time video then beamed straight in front of the wearer’s eyes.

It’s certainly an interesting idea although there’s no official word on when or if these gadgets will actually go on sale.

Of course, Samsung isn’t the only technology company thought to be testing out the concept of AR glasses. Apple and Facebook are both heavily rumoured to be working on similar ideas which will bring information and entertainment directly in front of the users’ eyes.

Some reports have suggested that Apple’s AR technology could be unveiled as early as next year with prototypes already in the late stages of development. Top tech tipster Jon Prosser, has suggested that the new hardware, though to be called “Apple Glass”, will cost around $499 (£400) when they go on sale in Apple Stores.

Prosser reckons that the gadget goggles will link directly to an iPhone and beam information from the handset to a screen tucked inside the lens.

This will allow users to read messages and emails without needing to reach for their smartphone. It’s also thought that Apple will offer its glasses with prescription lenses so there won’t be any issues for those who wear spectacles on a daily basis.

If Samsung, Apple and Facebook do battle it out then expect AR glasses to get plenty of attention in the coming months.