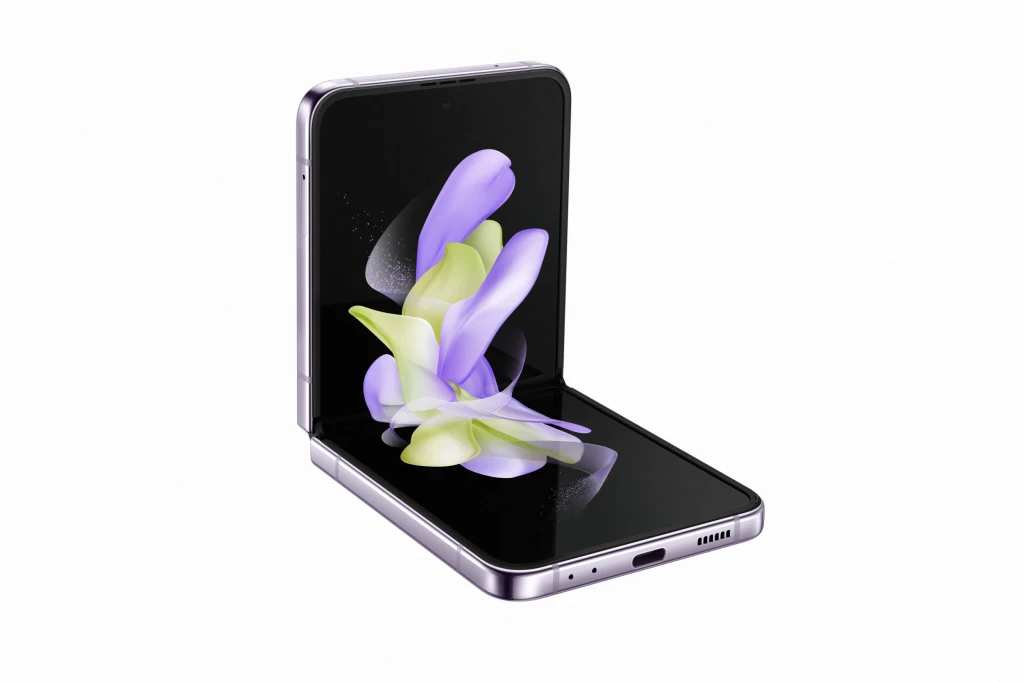 I don’t mess with bucket hats or TikTok dances but Samsung’s Galaxy Z Flip 4 made me feel like I was one of the Gen Z crowd for a minute.

The fourth and latest version of Samsung’s range of foldables, the Galaxy Z Flip 4 is its best one yet and a major upgrade to previous models.

Having briefly interacted with Samsung’s earlier attempts at foldable phones, I wasn’t crazy about the idea of a phone that folds. Why pay extra for something that essentially becomes half a phone and comes with a crease that drives you insane?

Samsung likely expected this reaction and the Z Flip really comes through in multiple respects.

Obviously, the highlight is the phone itself which folds to fit comfortably in your palm but isn’t exactly light. The clamshell body feels solid but comes off as a bit bulky and opening and shutting it is not the smoothest experience.

If you’re a millennial hoping to relive the nostalgia of ending a phonecall by dramatically folding your phone shut, the Z Flip won’t give you that exact satisfaction. The bulky body means you need both hands or some extra effort to close it shut with just one hand.

This does not mean that it’s any less satisfying to shut once you’ve scrolled too much on TikTok or Instagram. Like closing your laptop after a long day, shutting a screen just feels nice.

My favourite part was the 1.9-inch cover screen, which is super handy with a number of widgets you can add to see the weather at a glance (a must for moody London) or see and respond to notifications without having to open your phone.

Plus, it doubles up as a camera that you can fire up with the click of a button. The cover screen camera with true aspect ratio and portrait mode feature is a winner. For someone who hates taking out her phone to shoot selfies and videos in public, it’s a perfectly discreet alternative. Holding my palm out to take a picture will still take some getting used to.

The Z Flip has the same 12-megapixel wide and ultra-wide rear cameras as the Flip 3 but with better pixel sensors and enhanced stabilization.

Taking pictures is what this phone is made for and it delivers even when capturing pictures in low light or moving.

The letdown was the 10-megapixel front-facing camera which was quick to put me off from taking selfies unless it was on the cover screen camera or turning the phone around for the cover screen preview mode. A cumbersome task if you’re thinking of a quick selfie while you wait for your train.

The Galaxy Z Flip 4 is clearly marketed towards creators and wannabe influencers. Its FlexCam is compatible with Instagram and Facebook for hands-free photos and videos when you fold the phone to a 90-degree angle.

As someone who spends hours on video calls, not having to dangerously prop up my phone is a huge relief. I loved being able to just fold the phone, set it up on a surface and go about my day while I took a call.

Flex Mode is a nifty feature that allows for dual-screen multitasking and some apps support it better than others. For example, Whatsapp on Flex Mode turns the bottom half of the screen into a touchpad, converting the Z Flip 4 into a mini-laptop which was a nice surprise.

Sadly, Flex Mode is still not optimized for a lot of popular apps like TikTok and Netflix.

The thing I dreaded the most about the Galaxy Z Flip 4 was the crease but happy to report that it’s a significant improvement on the previous ones.

If you’re not a fidgety millennial like me then you might not even notice it. I definitely did, especially when viewing pictures. Also, the hinges still make me nervous about its longevity considering the heavy price tag.

In just 3 weeks, the hinges had picked up some dust so if you’re a jet-setting influencer, I wonder how it would hold up against the elements.

Lowering the brightness on the cover screen and using it a whole day, still left me with about 20 per cent charge, which is still decent all things considered.

Having used the phone for a few weeks, the Galaxy Z Flip 4 feels more like an aesthetic than a piece of sophisticated technology. That fits nicely with the effortless Gen Z vibe.

I had multiple people stop me to say ‘That’s a cool phone. Did it just fold?’ So, safe to say people’s facination with physically interacting with smartphones in a whole new way is alive and well.

Maybe we’re tired of phones being rigid pieces of tech and the excitement of technology that wows us might win here.

While millennials might be hesitant to reach for a phone that’s basically fun, it’s easy to see a Gen Z person pick this up to shoot TikToks and Reels on the go.

Starting at £999 for 128GB, it’s certainly not a cheap thrill to take a chance on. But with Samsung invested in perfecting this category of smartphones, the Galaxy Z Flip 4 might very well be the one to start off with before their competitiors catch up.