Samsung has announced that its Galaxy S10 5G smartphone will go on sale next Tuesday, May 28, making it the first 5G smartphone available in Australia.

The device will be exclusive to Telstra at launch, and in addition to compatibility with next gen mobile networks it features a larger screen, more cameras and a bigger battery than the existing Galaxy S10+. Australians who have already bought that phone through Telstra will be able to upgrade to the S10 5G at no extra cost. 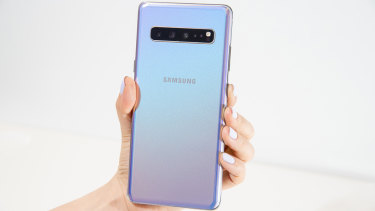 The Samsung Galaxy S10 5G will come in ‘crown silver’ or black.

Samsung has not announced pricing for the S10 5G, but is expected to do so shortly before the device hits store shelves.

"This is the most anticipated device Samsung has ever launched in Australia as it combines additions to our amazing Galaxy range but also opens the door to the opportunities that 5G experiences will bring people in future", said Samsung Australia's VP of IT and Mobile, Garry McGregor, in a release.

“With this upcoming launch, we are delivering on years of collaboration with Telstra to help break new ground in device and network performance.”

Compatibility with 5G will give the new phone access to unprecedented download speeds when connected to a next gen network, but currently Telstra's 5G network is only operational in very specific areas of the capital city CBDs (excluding Darwin) as well as the Gold Coast, Launceston and Toowoomba. You can see a map of what coverage will look like at June 30 here. In other areas the phone will access 4G speeds. 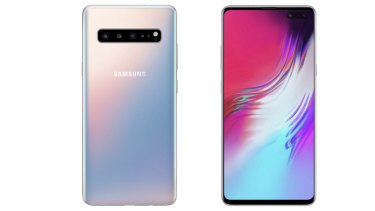 The Galaxy S10 5G, as it appeared when it was first revealed in February.

Today Telstra has also announced the availability of its first 5G mobile hotspot device, the HTC 5G Hub, which will also launch on Tuesday.

The phone was originally announced in February, alongside the flexible Samsung Galaxy Fold which was recently delayed indefinately after faults were reported with its screen and hinge mechanism.