SEOUL (Reuters) – Samsung Group’s leader, Jay Y. Lee, appeared before a South Korean court on Monday, awaiting a ruling on whether new allegations including accounting fraud and stock manipulation will send him back to jail after more than two years of freedom. 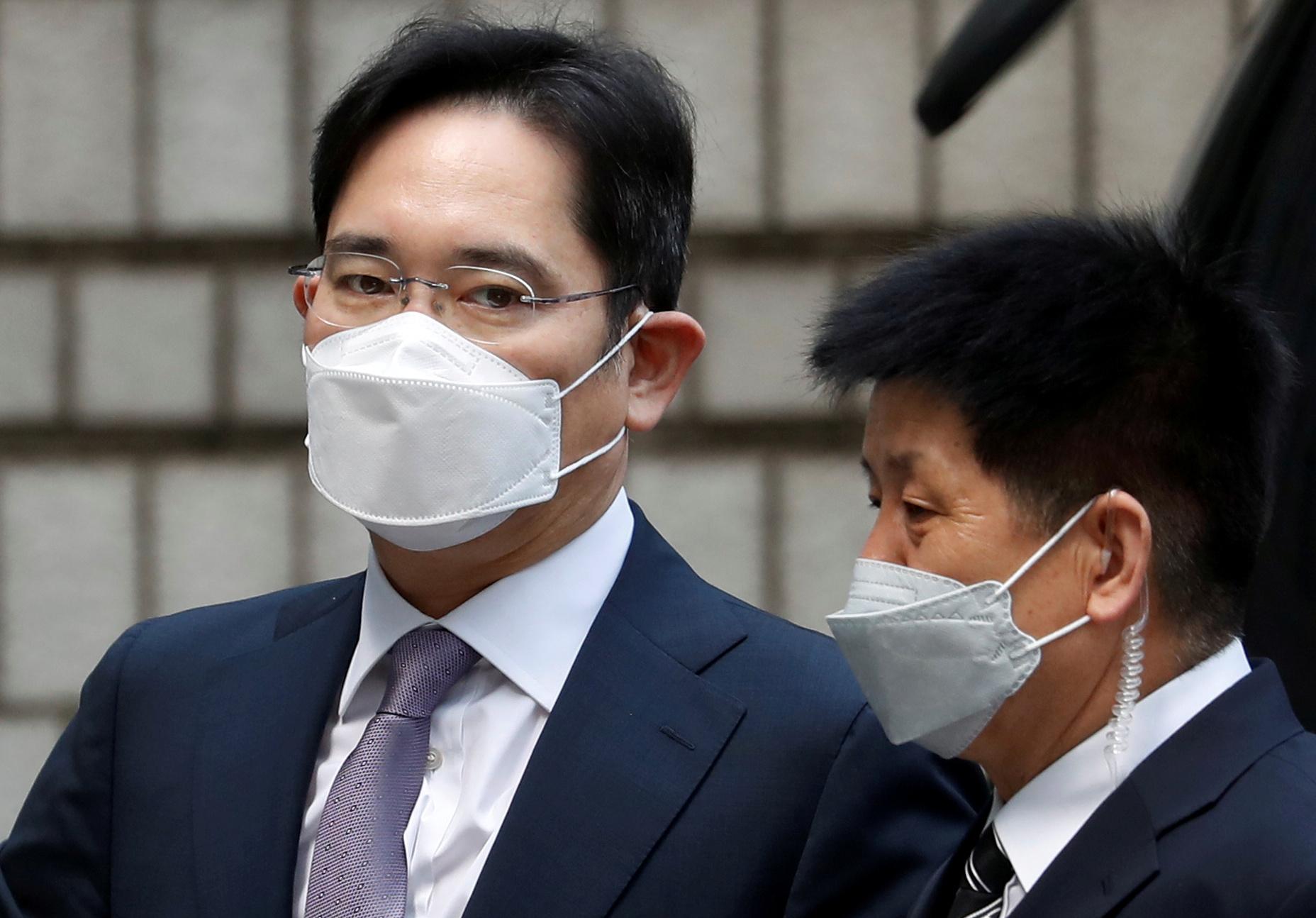 Prosecutors last week asked the court to issue an arrest warrant against Lee, culminating a probe into a controversial 2015 merger of two Samsung affiliates that they said helped facilitate Lee’s plan to assume greater control of the group.

The risk of more jail time for Lee, who has led the group since his father’s heart attack in 2014, has cast a pall over the conglomerate and its crown jewel, Samsung Electronics Co, whose annual revenue alone is equivalent to 12% of South Korea’s gross domestic product.

The Samsung Electronics vice chairman did not answer questions from reporters. The decision on whether he will be arrested is expected late Monday or early Tuesday.

The court can then order Lee be detained for 20 days while prosecutors proceed with investigations. After that charges must be filed and he be put on trial. During a trial, Lee can then be detained for up to six months.

Investors, however, don’t expect disruptions in the day-to-day running of Samsung which has a deep backbench of professional managers, noting the group has coped without him before.

Lee was jailed for about one year until Feb. 2018 for his role in a bribery scandal, accused of giving horses to the daughter of a confidante of former President Park Geun-hye to win government support for the merger of the two affiliates.

“It is unlikely that Samsung will be in trouble even with Lee’s absence. But the case rekindles governance concerns at South Korean conglomerates,” said Park Jung-hoon, fund manager at HDC Asset Management.

“Investors are fed up with these controversies.”

Samsung Electronics’ stock has moved little since the arrest warrant request on Thursday.

The new allegations contend Lee was involved in illegal transactions and stock manipulation that furthered the 2015 merger of the affiliates, Samsung C&T and Cheil Industries. Prosecutors also allege he had a role in inflating the value of Samsung Biologics Co Ltd, which counted Cheil Industries as a major shareholder.

The merger was seen as key to Lee increasing control of the sprawling group but critics say it rode roughshod over the interests of minority investors.

Samsung on Friday denied the allegation of stock-manipulation against Lee, saying it was “beyond common sense” to claim Lee was involved in the decision-making.

In a further statement over the weekend, the group said the lengthy probe is weighing on management, which is in “crisis” at a time when the coronavirus pandemic and U.S.-China trade disputes are adding to uncertainty.

The company declined to make Lee available for comment. 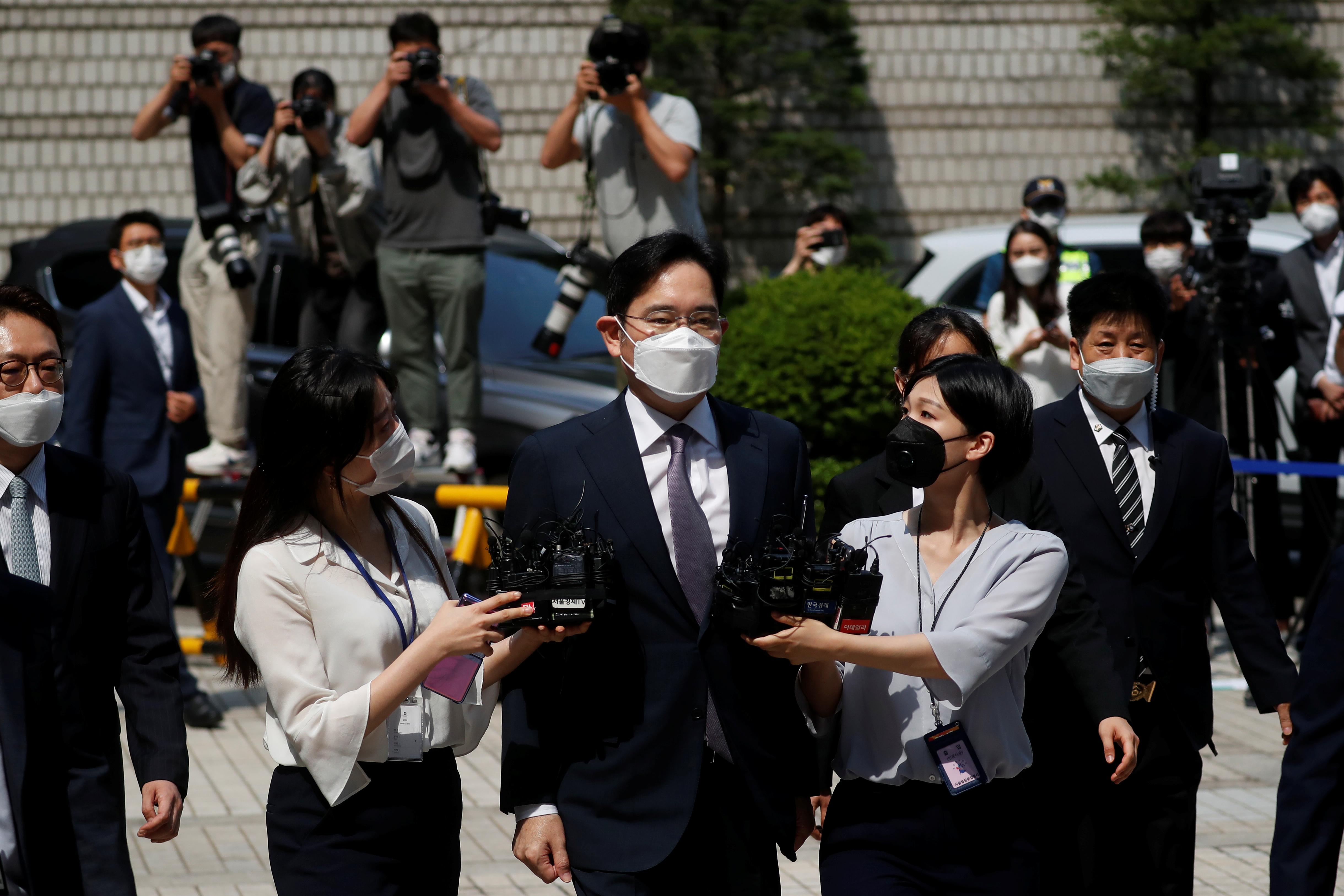 In South Korea, economic power is highly concentrated in several chaebol or conglomerates, many of which have run into controversy over succession problems.

Prior to his father’s heart attack and subsequent hospitalisation, Jay Y. Lee and his sisters held little of Samsung Electronics and they have since sought to assert more control over the group through the two affiliates.

While Lee has served time for the bribery scandal, South Korea’s Supreme Court has since overturned an appeals court decision to suspend his sentence. It is unclear when there will be a new court ruling over whether he will have to serve further jail time for that conviction.