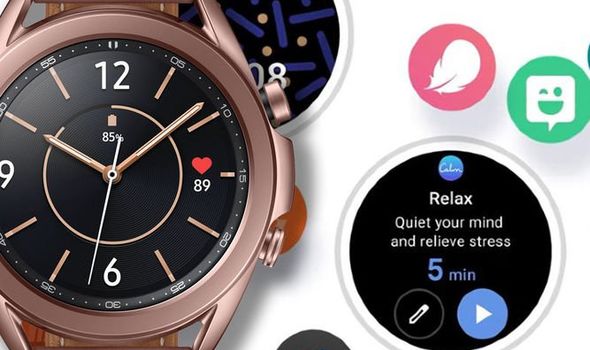 Yes, the rumours were true! Samsung is about to hold its next Unpacked event and the leaked August 11 date is now officially confirmed. The Korean technology giant has just revealed that its next showcase will take place on that date early next month and expect a keynote that’s packed with shiny new devices.

Announcing the news on its website, Samsung said: “We live in a time of accelerated change—from rapid shifts in work culture to the rise of cutting-edge communication technologies. Now more than ever there is a need for flexible, versatile mobile devices that can keep up with the fast pace of our lives so we can maximize and enjoy every moment.

“Join Samsung Electronics this August 11 for a Galaxy Unpacked event to unfold the next chapter in mobile innovations designed to help you make the most of every moment, no matter where you are.”

Right now, that’s all we know but one of the biggest new devices that will definitely be revealed at Unpacked is the new Galaxy Watch. Samsung has already confirmed that its next wearable will launch in the summer and will be the first device to feature its new One UI Watch operating system.

This software has been created via a joint venture between Sasmung and Google with it promising, “an entirely new Galaxy Watch experience.”

Improvements include better compatibility with apps with most applications downloaded on phones instantly appearing on the watch face.

Other settings, such as world clocks and call blocking will also automatically adjust depending on how your Android phone is set up.

Samsung is also promising that this unified platform will “open up new features and integrations” with popular third-party apps available to download from Google Play directly on your Galaxy Watch.

“Samsung and Google have a long history of collaboration and whenever we’ve worked together, the experience for our consumers has been dramatically better for everyone,” said Sameer Samat, Vice President of Product Management, Android and Wear, Google.

Along with this new Galaxy Watch, rumours suggest that Samsung will reveal a number of new phones at Unpacked this year including upgraded foldable devices and the release of a cheaper flagship called the Galaxy S21 FE (Fan Edition).

Recent leaks have suggested this mid-range device could get a fast Snapdragon 888 processor, fluid 120Hz display and triple rear camera.

Finally, we’re expecting to see Samsung unveil its new Galaxy Buds which will be the latest addition to its wireless earbuds range.