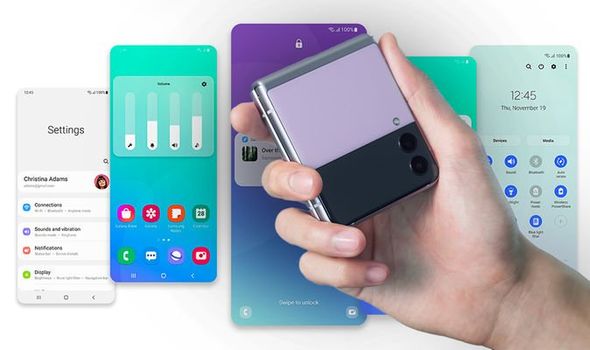 Picture this – you’ve just spent hundreds or thousands of pounds on a flagship smartphone. Naturally, you’d expect using it to be a premium experience …but that isn’t always the case for Samsung customers.

Incredibly, even Samsung’s most expensive smartphones, like the Galaxy Fold 3 which costs well over £1,000, still shows third-party adverts to their users. Default apps come peppered with advertisements, which you can’t remove – including in-app banners and push notifications.

This can make the phones more annoying to use, as the ads sometimes cover app content. It also can’t feel great after shelling out so much cash and expecting a top-shelf experience.

The good news is Samsung has promised to slash the number of adverts it shows to users of its smartphones – bringing it in line with other major brands. The company said in a statement: “Samsung has made a decision to cease the advertisement on proprietary apps, including Samsung Weather, Samsung Pay, and Samsung Theme.”

Adverts are currently shown on Samsung’s smart assistant Bixby, as well as its Music, Health and even phone apps (among others) too, so it’s not clear whether all of these apps will be covered in the change. Although Samsung phones use Android, the ads are built into its One UI version of the operating system.

However, the change won’t be instant. The ads will be gone “later this year”, according to the Samsung statement. This means the upcoming Galaxy S22 could be the first of its phones to ship without ads.

Can’t wait until then? Luckily there is a way to reduce the number of ads you see – although most users don’t know about it, and it won’t remove them entirely.

Head over to your Settings app, then select “Samsung Account”. Under Privacy, you’ll find a “Customisation Service” option which will show you your Privacy Settings. The option to choose here is again called “customisation service”. Toggling this off should remove ads which are based on your personal information, as well as cut down on the overall number.

You can also remove notification ads app-by-app under “Notifications” in your Settings app. The most common apps to send these annoying alerts are Samsung Push Service and Samsung Pay – so find these apps in the list and disable notifications in the menu options.