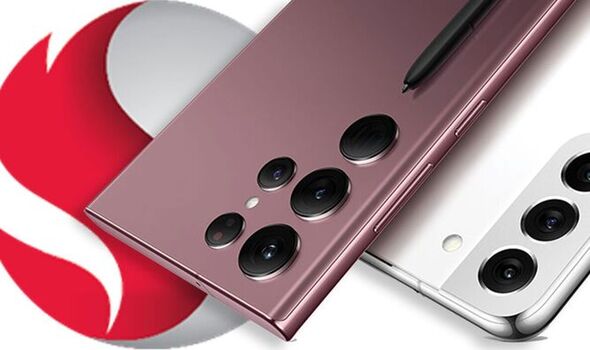 If history repeats itself then it seems highly likely that Samsung will announce the launch of its new flagship Galaxy S23 in January or February of 2023. All the latest S series devices are always unleashed during the first quarter of the year and there’s nothing to suggest things will be any different for the next generation of Samsung’s popular flagship.

With a launch seemingly just months away, the rumours about this upcoming device are hotting up but one thing that appears almost guaranteed is what will power it – and it’s very good news for Samsung fans in the UK.

Unlike previous Galaxy S phones, which have been split between Qualcomm’s chipset in the US and Samsung’s own Exynos brain in Europe, the S23 looks set to get the next generation Snapdragon 8 Gen 2 processor across the whole of the world.

There has already been plenty of speculation about this monumental shift but it’s now almost certainly been confirmed by Qualcomm.

Speaking during a recent investors call, Qualcomm boss Christiano Amon said: “I think we’re going to announce our next-generation Snapdragon at our Tech Summit in a couple of weeks. I think what we see right now is, structurally, we’re very well positioned.

“In handsets, we entered into a new multiyear agreement with Samsung, expanding the use of Snapdragon platforms for future premium Samsung Galaxy products globally.

“We expect in the March quarter also to see the benefit of our increased share of Samsung.”

Those comments were backed up by Qualcomm’s Chief Financial Officer, Akash Palkhiwala, who added that the firm’s share of chips from Samsung’s Galaxy S22 will rise from 75 percent to 100 percent with the launch of the S23.

Express.co.uk has asked Qualcomm for a statement on the upcoming Samsung Galaxy launch but the US company said it’s not making any official comment at this time.

Although the difference between Exynos and Snapdragon processors hasn’t been huge in the past, Qualcomm’s chips generally perform slightly better in official speed tests and they can be more efficient meaning longer battery life.

It’s also just really confusing that the same device gets a different processor depending on where you live and it’s long been a frustration for users – especially those in the UK who always miss out on Snapdragon’s power.

The Snapdragon 8 Gen 2, which should be announced later this month, will also be even faster than before and could offer improvements to image quality from the cameras, more advanced AI and better graphics for those who like to game on their smartphone.

Full details will be announced at the Snapdragon Summit which gets underway in Hawaii on November 15.

We might even get full confirmation from Samsung that they are using this chip in all of their upcoming Galaxy S23 devices so watch this space.