SEOUL (Reuters) – Samsung Electronics Co Ltd said on Wednesday it expected profit to decline in the current quarter due to a coronavirus-related slump in sales of smartphones and TVs, although the chip business would remain solid. 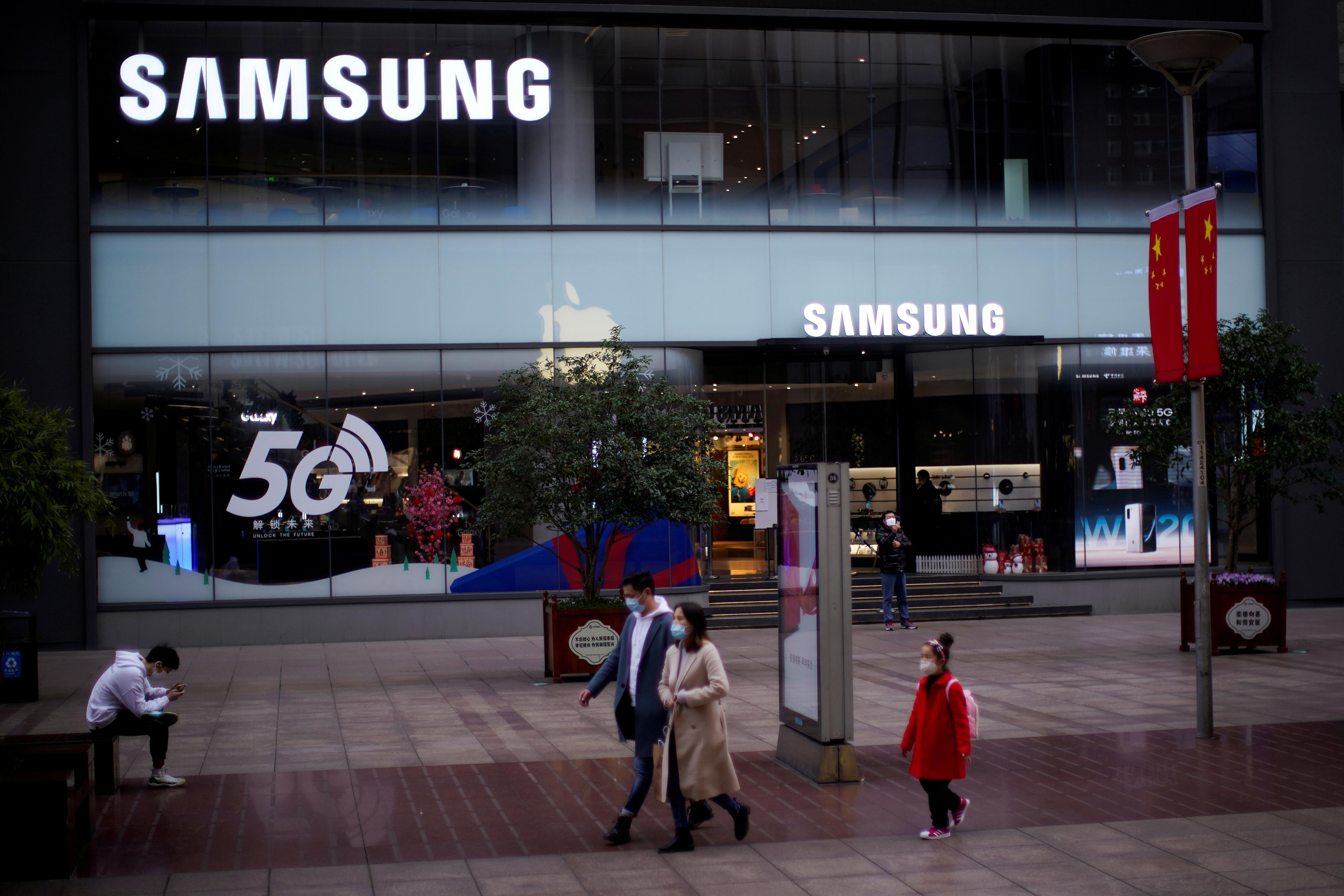 Samsung said its operating profit rose 3% in the January-March period, in line with an earlier estimate, as work-from-home orders boosted demand for server and computer chips.

The South Korean conglomerate joined other tech giants in warning of uncertainty over how long the coronavirus will continue to hurt the industry.

“In the second half, uncertainties driven by COVID-19 will persist as the duration and impact of the pandemic remain unknown,” Samsung said in a statement.

Samsung’s chip business is benefiting from demand for servers and computers as stay-at-home orders force millions of people around the world to convert their homes into offices.

But sales of TVs and smartphones have slowed as recession-wary consumers postpone purchases of non-essential consumer electronics, a trend seen across the global tech industry.

“Sales and profits of set products business, including smartphones and TVs, are expected to decline significantly as COVID-19 affects demand and leads to store and plant closures globally,” Samsung said in a statement.

“Samsung will have a greater impact from the virus in the second quarter as it has spread to Europe and the United States starting March,” said Park Kang-ho, an analyst at Daishin Securities.

Samsung’s chip business posted an operating profit of 3.99 trillion won, down 3% from a year earlier.

Demand from cloud applications related to remote working and online education lifted the memory business, while data centre demand “remained solid” thanks to a rise in streaming services and online shopping, the company said.

The mobile division posted an operating profit 2.65 trillion won, up 17% from a year earlier.

Samsung said its mobile shipments fell from the previous quarter as the virus hit demand for smartphones, but it improved profitability by increasing the sales portion of 5G models and using marketing expense more efficiently.

Its display business posted a loss of 290 billion won, nearly halving its losses from a year earlier. Samsung said its mobile displays posted a decline in earnings amid lower sales in China due to COVID-19 related shutdowns, but losses narrowed in the large panel business.

Samsung decided to end its traditional LCD production in China and Korea by the end of 2020, dogged by prolonged oversupply due to aggressive expansion by Chinese companies.

Samsung is a diversified tech giant, making phones, TVs and home appliances, and components like chips and displays used in consumer electronics. Samsung counts Apple Inc and Huawei as both competitors and customers.