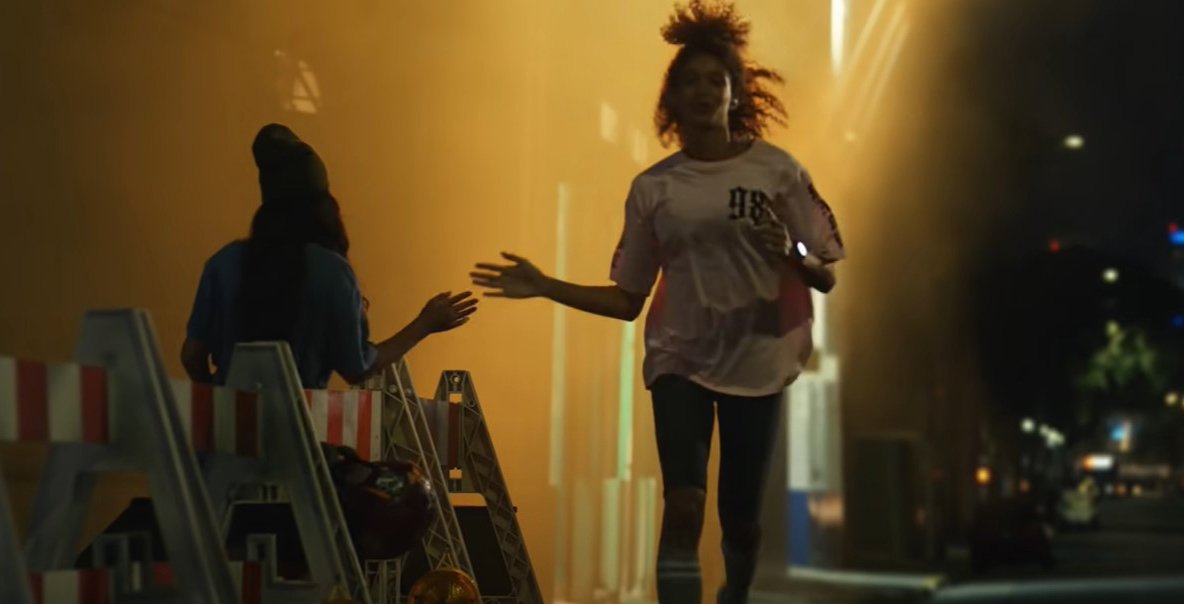 A Samsung advert featuring a woman running alone at 2am has been described as ‘ludicrous’ and ‘tone deaf’.

The advert shows a woman running through the streets of London in the early hours by herself while wearing a Samsung smartwatch.

Women’s safety group Reclaim These Streets described the campaign as ‘tone deaf’ in light of the death of Irish teacher Ashling Murphy, who was killed on a run in January.

The 23-year-old’s death in Tullamore, Co Offaly, caused shockwaves and sparked vigils across Ireland and beyond in her memory, as calls were made for a change in attempts to tackle gender-based violence.

It led to the hashtag #shewasonarun as women shared stories about being harassed while out running.

‘It’s disrespectful. It isn’t safe for us to run at night.’

Referring to a scene in the ad when a man on a bike rides up behind the woman and they interact, Ms Klingler said: ‘That’s the bit that really made me wince. It’s almost laughable how bad this ad is.’

Ms Klingler said the ad ‘absolutely should be pulled’.

Esther Newman, editor of the Women’s Running magazine and podcast, told the PA news agency: ‘I can’t imagine any woman wanting to run at that time, anywhere, certainly not in a city.

‘It seems like a really naive advert. In theory it’s a lovely idea (to be able to run at 2am). In reality it’s not happening.’

Ms Newman said 70% of the runners the magazine had surveyed had faced issues around safety.

She said: ‘The very idea that woman would go out running at 2am and be wearing headphones is absolutely ludicrous.

‘I don’t think the ad is dangerous because I don’t think any woman would see it and think, “Oh, I’m going to do that”.’

Samsung said: ‘The Night Owls campaign was designed with a positive message in mind: to celebrate individuality and freedom to exercise at all hours.

‘It was never our intention to be insensitive to ongoing conversations around women’s safety.

‘As a global company with a diverse workforce, we apologise for how this may have been received.’