It probably won’t come as much of surprise to hear that Samsung’s range of smart televisions continue to lead the way. The South Korean technology firm is renown for producing some the best 4K and 8K TVs in the world and it seems they can’t be beaten when it comes to sheer popularity.

The latest sales update, which rivals won’t like one bit, reveals the company accounted for a whopping 32.4 percent of the global TV market in terms of value. That’s up 3.1 percent from the same period last year and puts Samsung well ahead of the competition.

The sales stats, which come via Korea’s Yonhap news agency, also reveal that things get even better for Samsung in the US and Europe with the firm gaining over 40 percent of the market in these areas.

This latest update means that Samsung cements its place at the top and has now been the most popular TV maker for the 14th consecutive year. 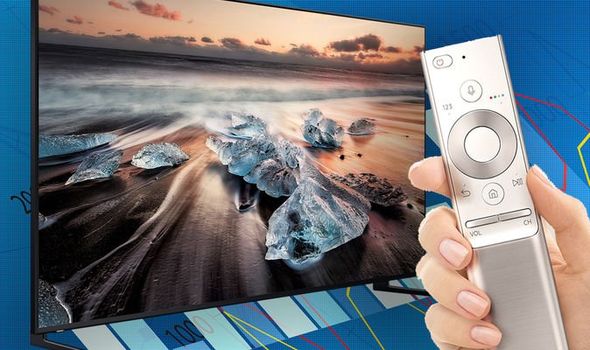 However, with the world remaining in lockdown, Samsung’s good news comes as TV sales across the world plunged by over 10 percent to 46.5 million units in the first three months of 2020.

Although overall sales may have taken a slight tumble it’s not stopping firms launching new televisions on to the market at a rapid rate. Samsung, Sony and TCL have all recently announced their latest upgrades with most hitting online stores in the coming weeks.

Samsung has its new QLED range which includes both 4K and 8K screens and Sony’s latest 4K XH90 is boasting a screen upgrade that will make it ideal for the next generation of gaming consoles.

If you want something on a smaller budget then Chinese manufacturer, TCL, has recently announced its stunning QLED televisions will go on sale next month and cost a lot less than their flagship rivals.

The entry-level model, called C715K, will land in living rooms from next month with prices starting from a very reasonable £499 – that’s considerably cheaper than Samsung’s £799 QLED starting prices.

For that price, the C715K gets a Quantum Dot Display, HDR 10+, hand-free voice control and access to Android’s smart features.