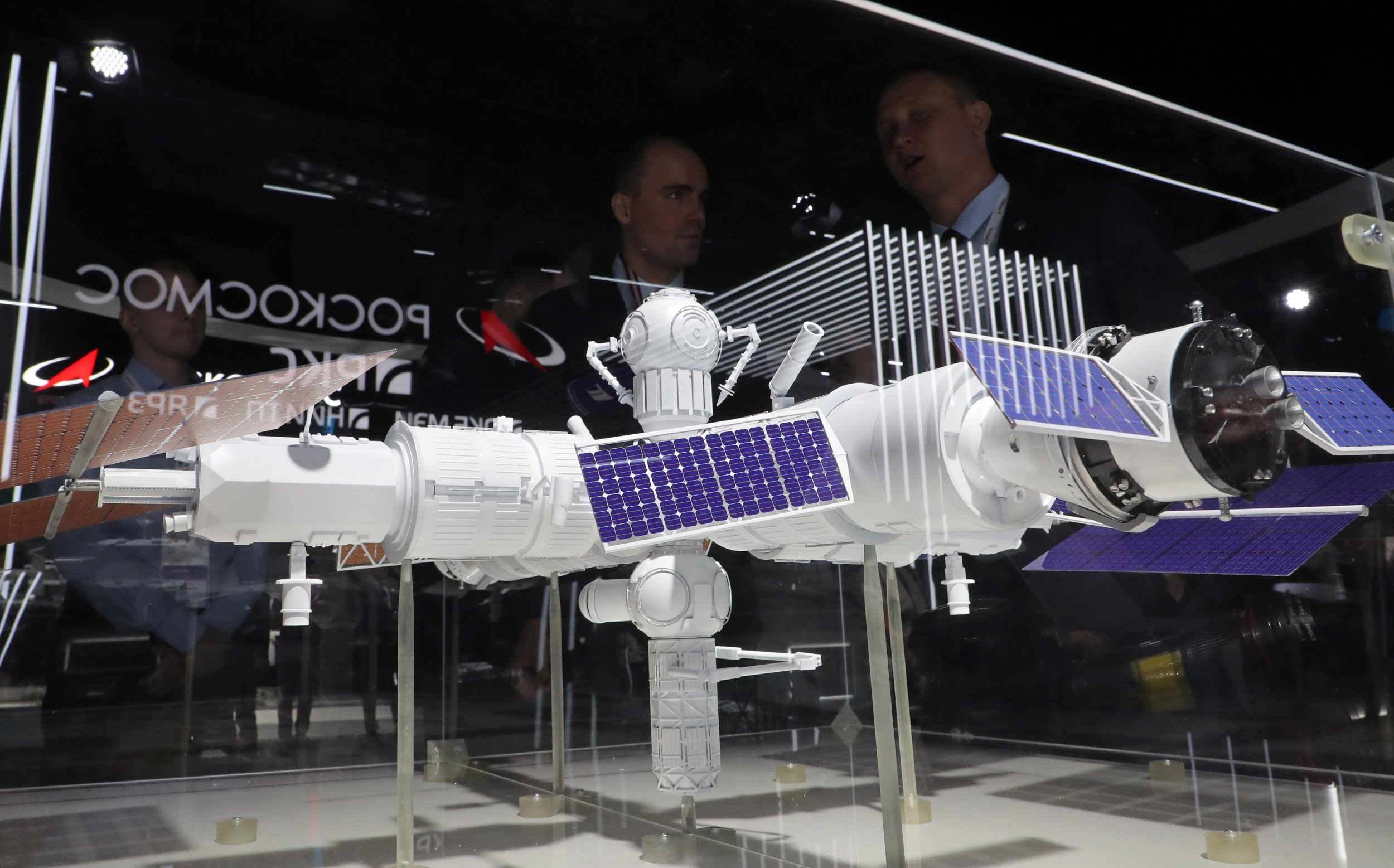 Russian space officials have shown off a model of the country’s proposed space station for the first time.

Following the international backlash to its invasion of Ukraine, Russia announced it will withdraw from the International Space Station ‘after 2024’.

Instead, it will build and launch its own station – called the Russian Orbital Space Station (ROSS) – once its obligations to Nasa and the ISS are completed.

The model was unveiled at a military forum and shows the layout of the station – which will likely be built by 2028 at the earliest.

According to Russian state media, the model assumed that the base, scientific and energy, nodal and gateway modules, along with targeting and production modules were already in orbit.

Meanwhile, Russian-made modules make up a critical part of the 400-tonne ISS. Roscosmos, the Russian space agency, operates six out of the 17 modules of the ISS, including the Zvezda module that houses the main engine.

abandon the ISS and crash it into the Earth.

Russian-made modules constitute a critical part of the 400-tonne space station, as Roscosmos operates six of the 17 modules of the orbital lab– including Zvezda, which houses the main engine system.

Could the ISS operate without Russia?

While the US does have spacecraft that could do the job of correcting orbit should Russia leave the ISS, it isn’t quite that simple.

Joanne Gabrynowicz, a professor who specialises in space law, told news site Quartz that the agreements governing the ISS would require a partner seeking to leave to gain consent from the other partners.

‘If the Russians simply say ‘we’re leaving’, that might lead to legal and diplomatic action, but the issue of the engineering aspects, the integrity of the station, the viability, the sustainability, will have to be addressed by the remaining partners.’