The Neve 8028 console had by then become a studio staple, hailed by many as the most superior console of its kind in its manipulating and combining instrumental and vocal signals and as responsible in great part for the audio quality of albums by groups like Fleetwood Mac, Tom Petty and the Heartbreakers, the Grateful Dead and Pink Floyd.

For Dave Grohl, Nirvana’s drummer and later the leader of Foo Fighters, the console “was like the coolest toy in the world,” he told NPR in 2013 when his documentary film about the California studio, “Sound City,” was released. “And what you get when you record on a Neve desk is this really big, warm representation of whatever comes into it.”

He added, “What’s going to come out the other end is this bigger, better version of you.”

In 2011, long after forming Foo Fighters, Mr. Grohl purchased the console as Sound City was closing, took it to his garage and used it to record the band’s album “Wasting Light.”

Mr. Neve’s innovative, largely analog equipment has been used to record pop, rock, jazz and rap — genres distinct from his preferred one: English cathedral music, with its organs and choirs.

After his death last Friday, the influential hip-hop engineer Gimel Keaton, known as Young Guru, tweeted: “Please understand that this man was one of a kind. There is nothing close to him in the engineering world. RIP to the KING!!!”

Mr. Neve (pronounced Neeve) died in a hospice facility in San Marcos, Tex., near his home in Wimberley, a Hill Country town that he and his wife, Evelyn, moved to in 1994. He was 94. The causes were pneumonia and heart failure, according to his company, Rupert Neve Designs.

Arthur Rupert Neve was born on July 31, 1926, in Newton Abbott, in southwestern England. He spent most of his childhood near Buenos Aires, where his parents, Arthur Osmond and Doris (Dence) Neve, were missionaries with the British and Foreign Bible Society.

Rupert developed a facility with technology as a boy taking apart and repairing shortwave radios. It accelerated during World War II, when he served in the Royal Corps of Signals, which gave communications support to the British Army.

After the war, working out of an old U.S. Army ambulance, he started a business recording, on 78 r.p.m. acetate discs, brass bands and choirs as well as public addresses, like those by Winston Churchill and Queen Elizabeth II when she was a princess.

His future father-in-law was unimpressed. When Mr. Neve spoke to him about marrying his daughter, Evelyn Collier, the older man couldn’t imagine recording as a way of making a living.

“He’d never heard of it,” Mr. Neve told Tape Op, a recording magazine, in 2001. “To him a recorder was a gentleman who sat in a courtroom and wrote down the proceedings.”

During the 1950s, Mr. Neve found work at a company that designed and manufactured transformers. He also started his own business making hi-fi equipment.

With his expanding knowledge of electronics, he recognized that mixing consoles performed better with transistors than with vacuum tubes, which were cumbersome and required very high voltage.

He delivered his first custom-made transistor console to Phillips Studios in London in 1964, and its success led to thousands more orders over the years — bought by, among others, Abbey Road Studios in London (in the post-Beatles years), the Power Station in Manhattan and the AIR Studios, both in London and on the Caribbean island of Montserrat, founded by George Martin, the Beatles’ producer.

The singer-songwriter Billy Crockett bought a Neve console about eight years ago for his Blue Rock Artist Ranch & Studio, which is also in Wimberley. He is quick to extol its “warm, open, transparent” sound.

“It’s all about his transformers,” he said in a phone interview, referring to the components that Mr. Neve designed that connect microphone signals to the console and the console to a recording medium like vinyl or a CD. “They provide something intangible that makes the mix fit together. So when people get poetic about analog, it’s how the sound comes through the transformers.”

Mr. Neve received a Technical Grammy Award in 1997. In a 2014 interview with the Recording Academy, which sponsors the Grammys, he said he was pleased with the loyalty that his consoles had fostered. 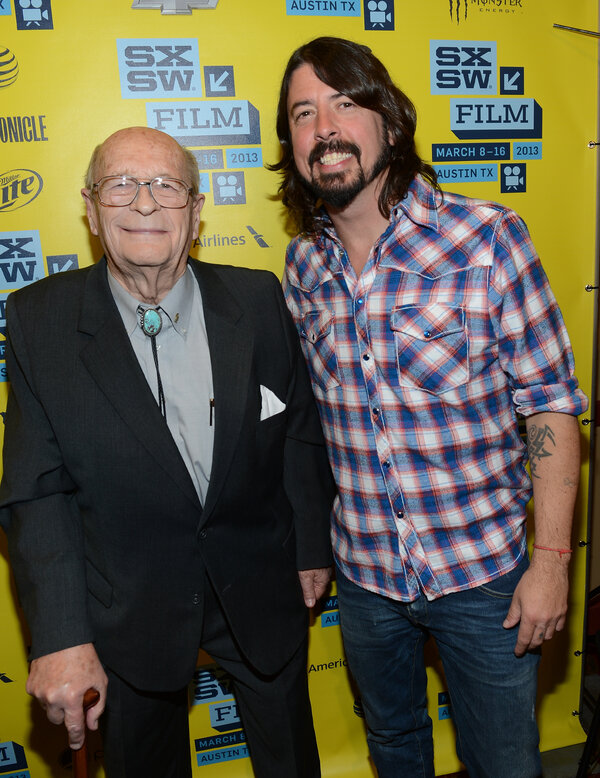 “I’m proudest of the fact that people are still using designs of mine which started many years ago and which, in many ways, have not been superseded since,” he said. “Some of those old consoles are really hard to beat in terms of both recording quality and the effects that people will get when they make recordings.”

In addition to his wife, Mr. Neve is survived by his daughters, Evelyn Neve, who is known as Mary, and Ann Yates; his sons, David, John and Stephen; nine grandchildren; and five great-grandchildren.

Mr. Neve was more aware of the engineers who handled his consoles than of the singers and bands whose albums benefited from his audio wizardry.

That preference was borne out when rock stars approached him after the screening of Mr. Grohl’s “Sound City” documentary at the SXSW Film Festival in Austin in 2013.

“They all wanted to take pictures with him,” Josh Thomas, the general manager of Rupert Neve Designs, said in a phone interview. “And after each picture, he asked me, ‘Why is he important?’”