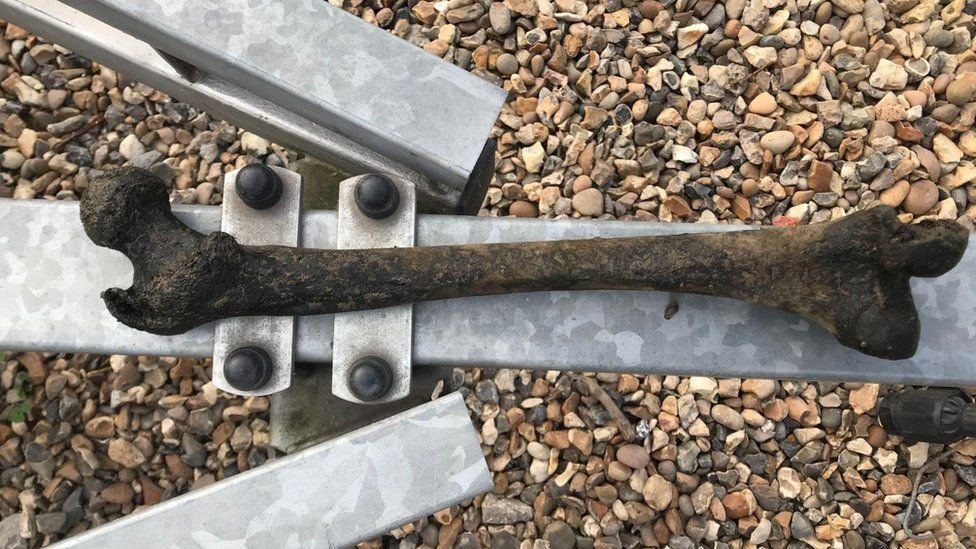 A puzzled rower came across a human bone dating back to the Stone Age lying along the banks of River Thames.

Graphic designer Simon Hunt was rowing along the river when he noticed the ‘very old’ human femur lying on the riverbank.

Mr. Hunt said he collected the bone up in a plastic bag and took it home to show his wife. He soon passed it over to the police who sent the bone to a lab to be tested.

Expert analysis revealed it is around 5,000 years old – belonging to a person living in Neolithic Britain between 3516 and 3365BC.

‘It looked very old, but part of me was thinking what if it isn’t?’ Mr. Hunt told the BBC.

‘I have no idea what a bone would look like if it had only been in the water for two years, so what if it was something more sinister?’

After months of tests, the bone was returned to Mr. Hunt with lab technicians explaining it probably belonged to a person who was 5ft 7inches tall.

Mr. Hunt says he hopes it can find a place in the Museum of London in Barbican.

The graphic designer now hopes to send the human bone to the Museum of London in Barbican.

‘I want to be respectful because this was a person.’