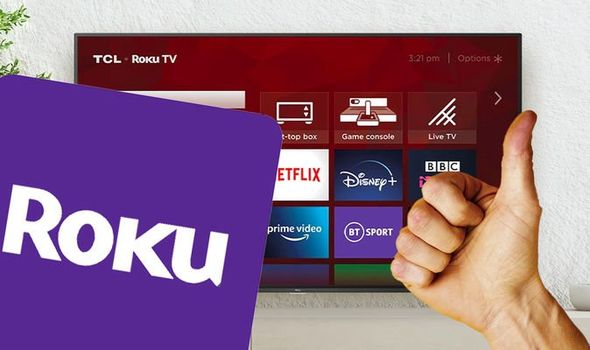 Roku users will be reunited with a popular channel – nine months after it was dropped from the platform. Last December, a major dispute between Roku and US-based cable TV company Charter led to the latter’s Spectrum TV channel being dumped from the Roku app store.

New customers or those who accidentally deleted the channel couldn’t download it to their devices again. Now, nine months later, the companies have finally reached an agreement. And once again, Roku viewers can download the Spectrum TV app through the channels store.

In a joint statement, Roku and Spectrum said: “As a result of the renewal, the Spectrum TV App is now available for download from the Roku channel store. We are pleased to renew our partnership and offer this great streaming experience to our shared customers.”

Spectrum TV is an online streaming service which provides access to cable channels for US residents.

Roku: A look at the Hisense TV model

We don’t know exactly why the company fell out with Roku – although it seems to have been some kind of contract issue – but it’s not the first time Roku has gotten into disputes. It’s previously removed YouTube TV from its app store.

Roku makes a range of streaming players, TVs and audio equipment. Along with Spectrum, it hosts streaming services like Plex, BBC iPlayer, Channel 4, Disney + and Netflix. And there’s also lots of free content: it announced yesterday its free live TV hub would get 17 new channels, bringing the total to 200.

Fans of the app reacted happily on Twitter. One wrote: “On behalf of those who have been frustrated beyond belief , thank you and [Spectrum] for bringing an end to this dispute which lasted way, way too long.”

“Guys this is great. I bought a few devices back in November specifically for Spectrum, and your device has now replaced our Fire Sticks! A huge stress relief knowing we can add a #RokuTV to our lineup to watch #Reds games on [Spectrum],” another added.

However, readers in the UK won’t be so lucky. As a US-based service, Spectrum TV isn’t available over the pond yet.