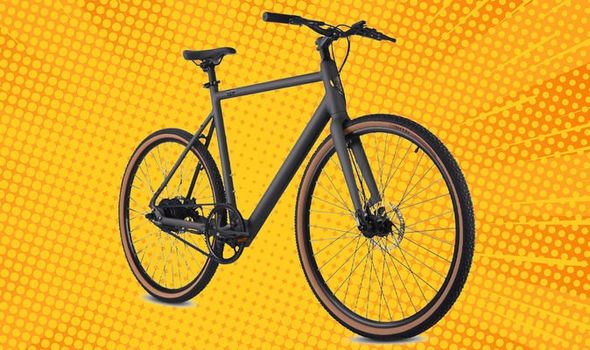 One thing that almost all high-end electric bikes have in common is a carbon-fibre belt drive instead of an oily chain. These belt drives have a number of advantages over their old-fashioned greased counterparts – they last longer (some can be rated for 50,000 miles or more), they won’t snag your jeans or smear your nice work clothes with oil smears, and there’s no maintenance needed.

So, why doesn’t every bike use a carbon-fibre belt? In a nutshell – money. Carbon belt drives are usually only found on pricier electric bikes because they cost the manufacturers more than a standard oily chain. However, one brand that’s bucking the trend is Ride1Up.

As the name suggests, this new electric bike is based on the original Roadster V2. With the Gravel Edition, Ride1Up has tweaked the geometry of the frame, added mechanical disc brakes, and switched to a belt drive system from Gates.

Ride1Up cleverly hides the battery pack inside the frame, so there’s no obvious lithium-ion cell resting on the pannier rack as you’ll find with most sub-£1,000 electric bikes. A small LCD screen on the handlebars shows your current speed in miles-per-hour. It also reveals the remaining battery life, so you never have to worry about setting off on a long ride without enough juice in the battery.

Compared to pricier electric bikes from the likes of Cowboy or VanMoof, you won’t find any built-in LED lights on the front or the back. You also won’t be able to charge your smartphone from the charge in the battery – another feature we’re increasingly seeing as standard on these pricier models.

In terms of capacity, the motor will be able to help you on journeys between 20 and 35-miles (depending on the terrain) between charges. If you crank-up the power setting and attempt some arduous hills, you can expect that range to drop. But those who still work-up a sweat en-route should be able to eke out at least 35-miles from the battery, which is very respectable.

At 14.5kg, it’s pretty lightweight compared with some of the electric bikes in its price range. Pre-orders are expected to begin shipping in December 2021, although there’s no word on a launch outside of the United States quite yet.