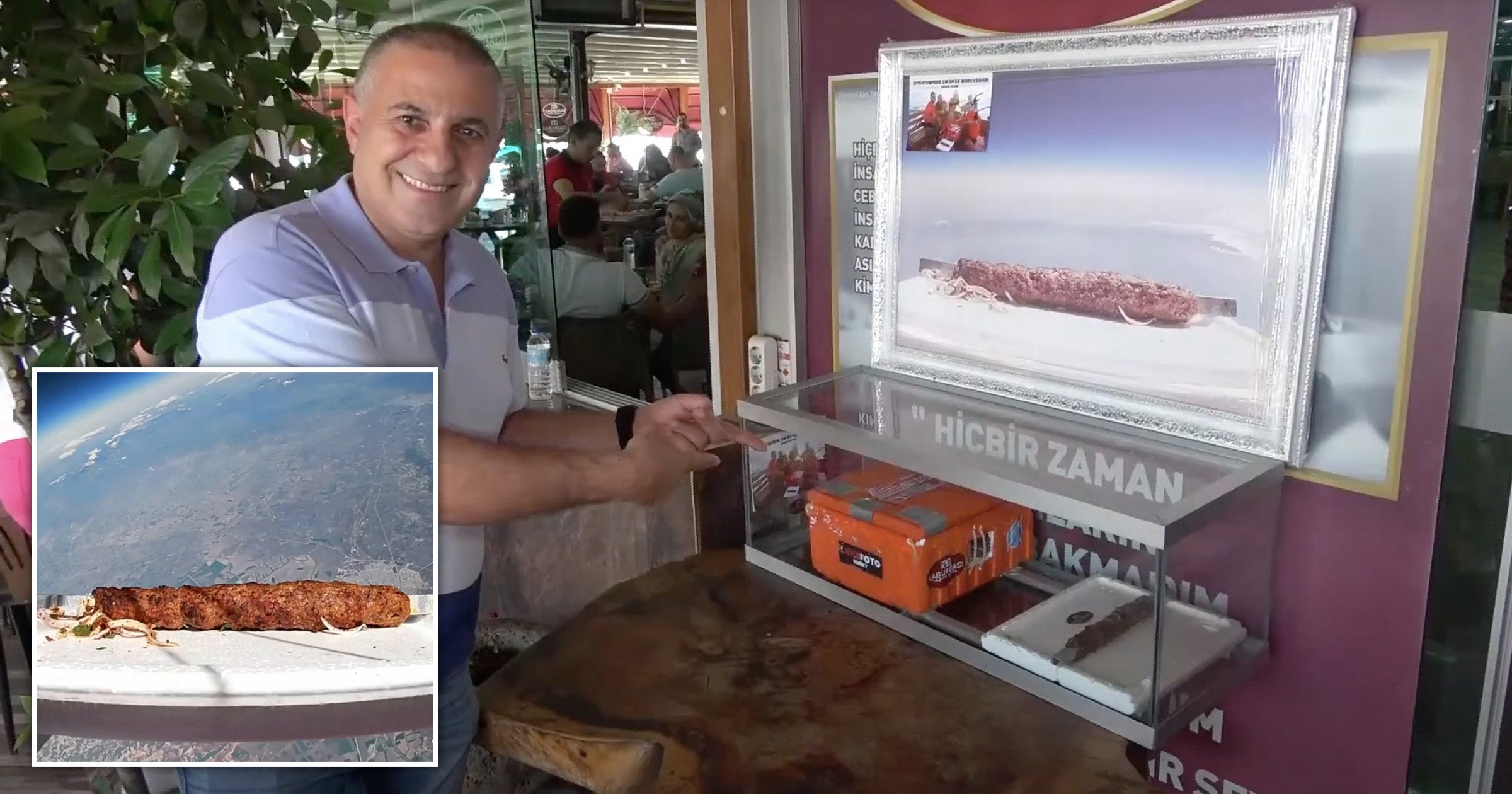 A Turkish restaurant boss who sent a kebab into space has put his astro-snack on display for tourists.

Yasar Aydin launched the pipe kebab into the heavens to mark the anniversary of Russian cosmonaut Yuri Gagarin’s first human space flight in 1961.

Aydin and a group of local businessmen fixed the kebab to a foam tray attached to a special box designed to withstand extreme conditions and sent it into space.

The box had a camera and tracking device so the group could follow the kebab’s progress as it made its way into orbit.

They launched the kebab from the southern Turkish city of Adana with a huge helium balloon for lift.

After three hours, the kebab reached an altitude of around 38 kilometres (23.6 miles) before the balloon burst and the meat dish plummeted to earth.

The kebab crashed into the sea off the coast of Hatay Province, about 75 miles from the launch site.

A rescue mission was carried out and the kebab was salvaged in the water and found to be largely intact.

Now Aydin is to exhibit the space-skimming kebab at his restaurant and tourists are flocking to the area to view it.

He said people are travelling from all over Turkey and abroad to pose with the meaty snack.

Aydin told local media: ‘People are coming from all of Turkey’s provinces as well as abroad to have their photos taken here with the kebab.

‘We are happy if we have contributed even a little bit to putting Adana on the map.

He added: ‘There are people who send me links for news articles from around the world.. I am very proud, I like it.

Aydin added: ‘We will continue to promote the Adana Kebab.’