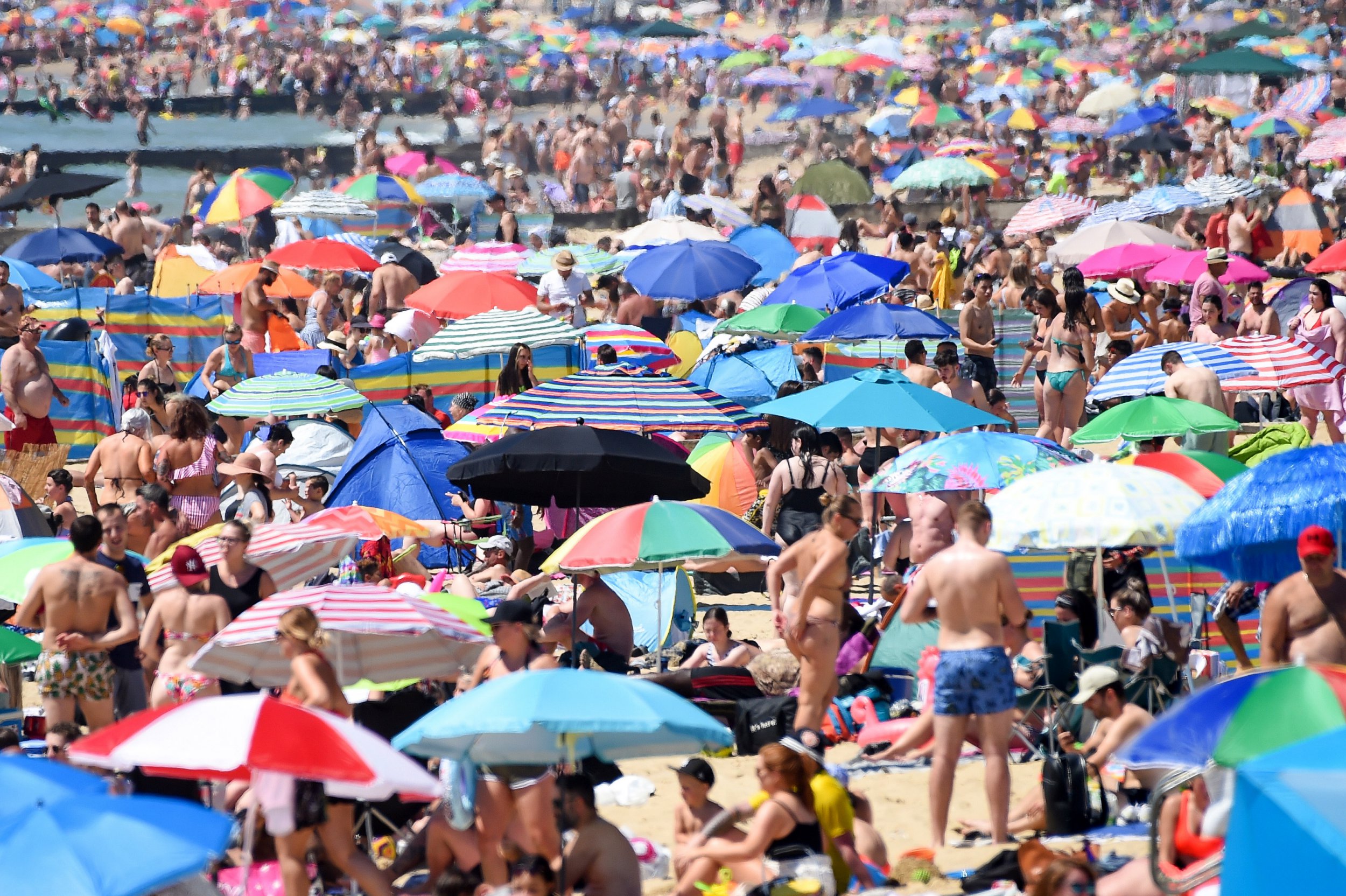 Climate change increases the probability of record-breaking heatwaves, but the extent of this increase depends on the warming rate rather than the amount of warming.

That’s the finding from new research published as Britain experienced a week of soaring temperatures.

The modelling provides insights into the mechanisms driving the type of heat extremes that are rare but necessary to consider when planning and making government policies, experts say.

The impact of climate change on heatwaves is often based how much a current or future event compares to itself in a world with less (or no) climate change.

While a given heat extreme is usually slightly hotter and more frequent today than it would have been in the past, these changes can appear marginal when measured like this.

Another way to look at such extremes is to measure by how much they break the previous heatwave record.

Erich Fischer and colleagues at ETH Zurich use climate models and reanalyses to understand how the probability of record-breaking heatwaves changes with global warming.

Under a high-emissions scenario, and compared to the past three decades, record-shattering heat extremes are two to seven times and three to 21 times more probable in 2021-2050 and 2051-2080, respectively, the researchers found.

In Northern Hemisphere mid-latitudes, these events are expected every six to 37 years in 2051-2080.

The authors also found that these events occur in spurts during periods of accelerated climate warming.

However, they are less probable during inactive periods with little or no warming, the experts suggest.

These results suggest that if human-induced global warming was stabilised by aggressive mitigation, the frequency and intensity of heatwaves would still be higher.

But the probability of record-shattering extremes would be notably reduced, according to the research published in Nature Climate Change.

‘There is still a tendency in society to respond and adapt to the maximum event experienced during one’s lifetime (as measured in the observational record or documented in historical archives) but not more.

‘If events of similar magnitude reoccur several years later, impacts may be substantially smaller as society had time to at least partly adapt.

‘We show that taking into account the warming rate is vital for adaptation decisions.

‘However, in practice, this is challenging particularly in regions such as the Midwest United States where the trend in hot extremes is small, potentially because the forced warming trend is temporarily suppressed by internal variability.

‘Such a suppressed trend may contribute to an unusual quiescent phase or disaster gap, increase the probability of being followed by a record-shattering extreme and at the same time lead to a lack of adaptation efforts and thus in combination to a serious systematic underestimation of the risk record-shattering events in the near future.’