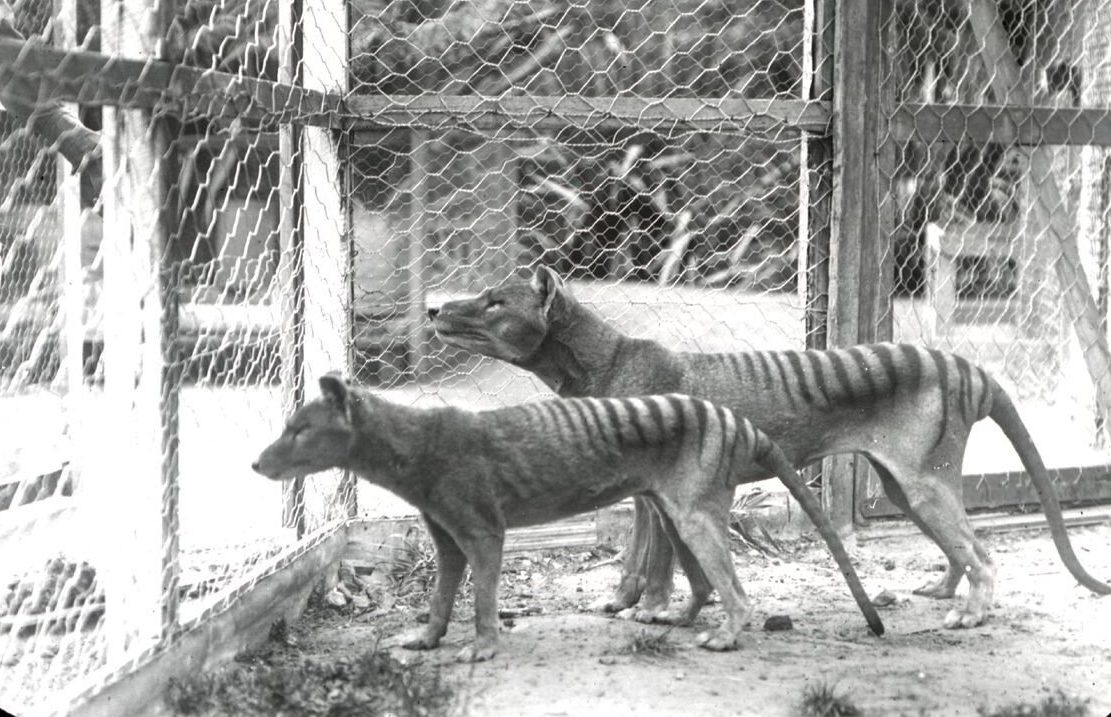 Scientists want to bring back an extinct Australian marsupial that’s been dead for almost a century.

Researchers at the University of Melbourne have partnered with US biotech firm Colossal to reintroduce the Tasmanian tiger to its native habitat.

The team have already sequenced the genome of a young specimen, which they will use as a blueprint to try and ‘de-extinct’ the species.

Scientists want to convert stem cells from similar species, the fat-tailed dunnart, into those of the Tasmanian tiger or ‘thylacine.’

These resulting cells would hopefully be very similar to those of the real marsupial, The Guardian reports.

Researchers would then use these and create embryos that develop into fully-fledged marsupials.

But this would involve reproductive technology that has not yet been developed.

Tasmanian tigers are dog-like animals with stripes on their bags. Although sightings have been reported for years, the last known specimen died in captivity in the 1930s.

The university has recieved serious financial backing for the project, with a £3m donation given to the lab earlier this year.

But other scientists have questioned how realistic the plans to really are.

The news, he added, was ‘more about media attention for the scientists and less about doing serious science.’

Corey Bradshaw, a professor in global ecology at Flinders University, told The Guardian: ‘Even if you can do it [in the lab] — and I have my doubts about that — how do you create the thousands of individuals of sufficient genetic variation you need to create a healthy population?’

But the firm remains positive, with Colossal co-founder and tech entrepreneur Ben Lamm saying: ‘I think it’s highly probable this could be the first animal we de-extinct.’

He added that Colossal — which has previously announced plans to recreate woolly mammoths — wants to achieve their goal in less than six years.

University of Melbourne professor Andrew Pask, who is leading the project, accepted there were significant challenges.

But he added: ‘We have to look at other technologies and novel ways to do that if we want to stop this biodiversity loss,