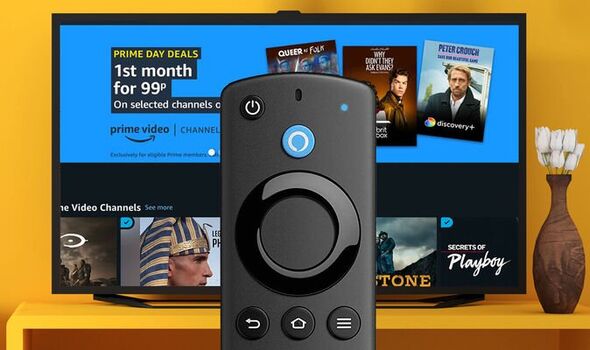 Prime Video fans that have run out of things to watch on their Watchlist need to know about a great deal running right now. In the run-up to Amazon Prime Day a huge Prime Video sale has been launched which slashes the prices of 13 channels. Popular channels such as StarzPlay, BritBox and Shudder are all available right now for just 99p for the first month.

Amazon is running a big money saving deal on its Prime Video channels. Right now you can sign up to 13 different channels and get the first month for just 99p. Among the channels included in this promotion are StarzPlay, Shudder and BritBox

This offer is exclusively available for Amazon Prime members and means they can unlock tonnes of new things to watch for less than the price of a sandwich or something from the McDonalds saver menu. For those not with the service you can sign up to an Amazon Prime free trial to take advantage of the offer.

If you like the sound of this deal though you need to act quick as it won’t be around forever.

The Prime Video 99p channel deal runs out on July 13.

The Lord of the Rings: The Rings of Power title announced

Depending on which channel you sign up for you will be able to enjoy plenty of exclusive and popular content.

A StarzPlay subscription will let you watch hit shows such as The Great (which stars Elle Fanning and About A Boy’s Nicholas Hoult), Power Book and Outlander. 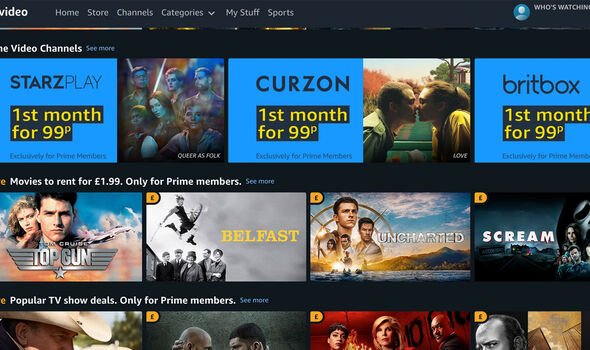 While a BritBox subscription will let you watch decades worth of classics from BBC and ITV, with shows such as Poirot and Broadchurch available with the library.

A MUBI subscription, meanwhile, will let you watch arthouse films including Drive My Car – a 2022 Oscar winning Japanese movie.

If you want to try before you buy, free episodes from select Prime Video channels are available to watch right now.

You can watch episodes from shows such as The Great, Castle Rock and Outlander without paying a penny – which could help you decide whether you want to subscribe to any channels or not.

Amazon is running a big money saving deal on its Prime Video channels. Right now you can sign up to 13 different channels and get the first month for just 99p. Among the channels included in this promotion are StarzPlay, Shudder and BritBox

Just remember that even though these channels are reduced right now to 99p this is just for the first month, and prices will revert to normal in the second month onwards.

One channel that you can’t get for 99p is the newly launched Paramount+ streaming service.

This Netflix and Prime Video rival debuted towards the end of June with a great library of exclusive content such as the Halo TV show and blockbuster movies such as the entire Star Trek back catalogue.

You can watch Paramount+ as a Prime Video channel or you can head to the official website to sign up.

Usually a seven day free trial is offered with Paramount+, but Express.co.uk recently revealed there’s a way to get an entire month’s access for free.

You can unlock all of the benefits of an Amazon Prime membership for FREE with this latest offer from the online retailer! Once signed up, you’ll get access to next-day delivery on thousands of items sold by Amazon (and same-day delivery in some areas), unlimited photo backup, access to all shows and films on Prime Video, free music streaming via Amazon Music, and more! Cancel anytime during the trial period and you won’t pay a penny. You can access a free trial for Prime more than once too!