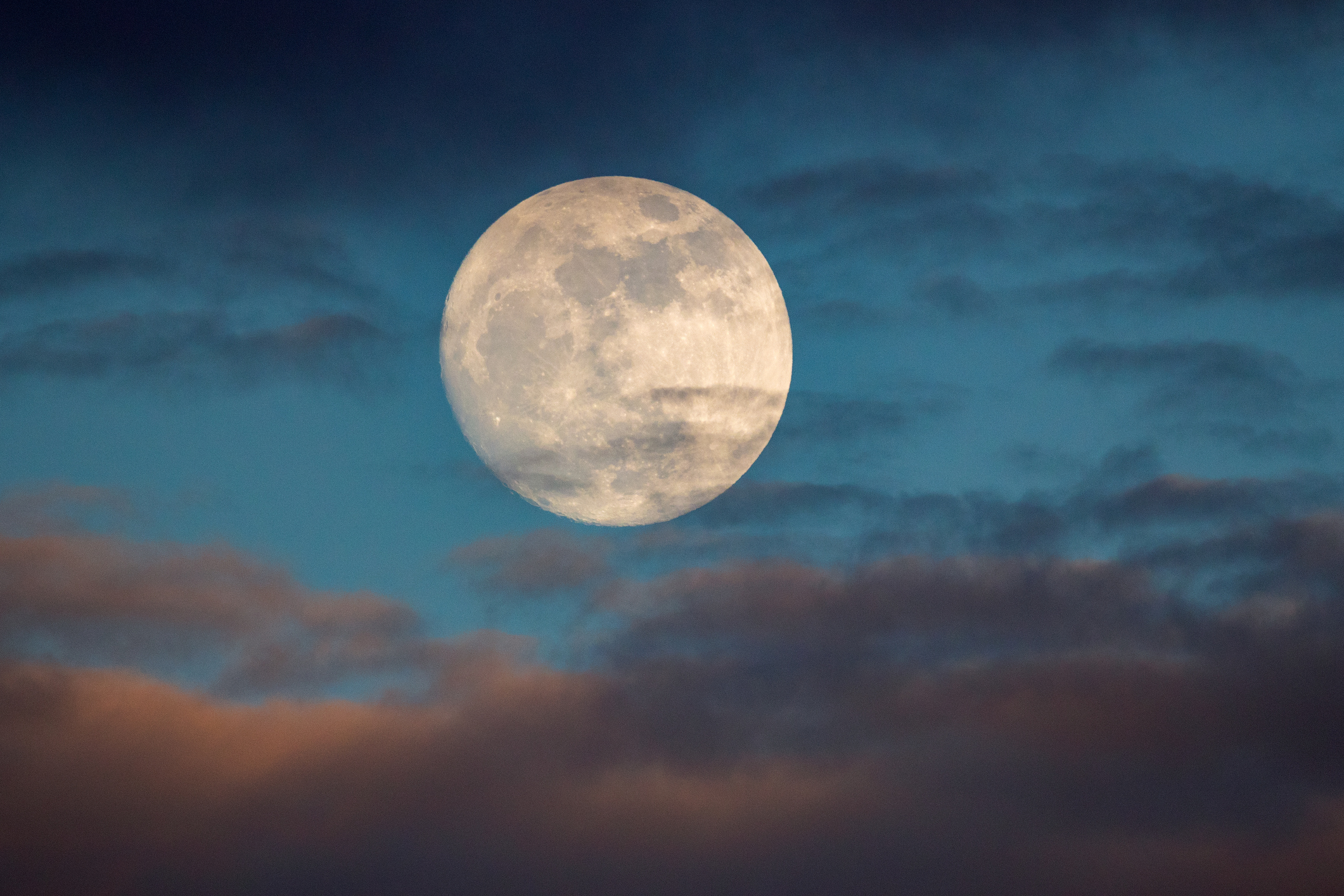 Tomorrow brings the longest full moon of the year — the Cold Moon.

Skywatchers are in for a treat as this Cold Moon will appear full for three days, from Friday evening through Monday morning, making for ‘a full moon weekend’, according to Nasa.

The best time to see this full moon in the UK is in the early hours of Sunday morning when it will reach its peak fullness at 4.35am.

This full moon is also known as the Cold Moon as it brings in the long, cold winter nights. Nasa lists other names of this December moon such as the Frost Moon and the Winter Moon.

This full moon signals the official start of winter, which will last until the spring equinox on March 20, 2022.

The winter solstice is the shortest period of sunlight of any day in the year. It’s also the phenomenon that’s responsible for making the Cold Moon the longest full moon of the year, prompting Nasa to give the name ‘Long Night Moon’.

‘As the full moon closest to the Winter Solstice, this will be the Long Night Moon,’ said Nasa on its website.

When the sun’s path appears low in the sky around the winter solstice, ‘the path of the full moon, opposite the sun, appears highest in the sky,’ said Nasa.

During a full moon, the sun, Earth and moon line up on an imaginary 180-degree line.

In the UK, the sun will set before 4pm and rise after 8am, making the night skies longer and darker than any other point in 2021. The moon will seem particularly big as it rises in the evening and sets in the morning.

Its proximity to the horizon creates an optical illusion, tricking the brain into thinking that the Moon is larger compared to the relative size of objects on the horizon, such as buildings and trees.

The moon will appear full from Friday night through to Sunday night, with parts of the UK offering ideal weather conditions to view it.

It looks like London will be in for a cloudy weekend, making it less ideal for moon watching. Weekend forecasts from the Met Office suggest that northern parts of England and Scotland will be treated to the clearest skies for the best views of this full moon.