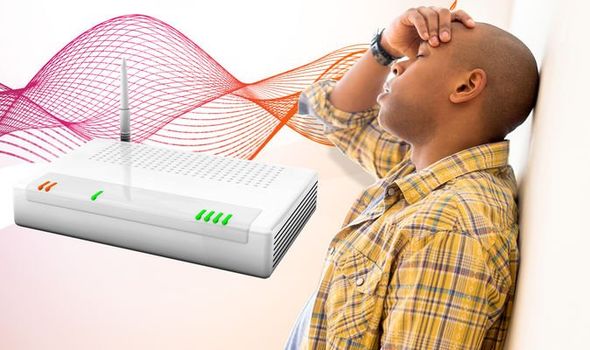 Shell Energy Broadband has dropped its pledge to never increase your monthly bills at the end of your contract. In addition, the broadband provider will adopt annual price hikes for its customers. Shell Energy will raise its prices by the Consumer Price Index (CPI) plus up to 3 percent – that’s the same formula used by BT and EE.

Until now, Shell Energy Broadband differentiated itself from other internet suppliers with its pledge that it would never rise monthly bills. Even when contracts came to an end, customers could expect to see the same amount leave their current account every month. As such, customers didn’t necessarily need to worry about shopping around for new deals from their existing provider or discounts from new firms to stop spiralling bills.

But that will all change from April 1, 2022 onwards. Shell Energy has confirmed that, from that date onwards, customers will see prices rise by the rate of inflation coupled with an additional 3 percent on top of that. Another caveat found in the small-print, existing Shell Energy customers will no longer receive preferential pricing when they sign-up for new broadband deals.

What does all of this mean? Well, there’s no sense in remaining loyal to Shell Energy after your broadband contract has come to an end. If they have the best balance between speeds and price when you’re hunting for a new deal – by all means, sign-up for a contract with the supplier. Shell Energy relies on BT’s Openreach broadband network, so you’ll get the same speeds in your street as you’ll find from Sky, EE, Vodafone, and BT. With its decision to adopt the same annual price rise policy as BT, it’s worth shopping around whenever your current deal comes to an end.

Elsewhere, those with landlines from Shell Energy Broadband will see some price rises too. The Call Connection Charge when phoning someone in the EU has risen from 0p to 23p, while UK call charges have increased to 18p a minute. If you want to receive paper bills in the post, Shell Energy Broadband has doubled the cost from £1 to £2.

With 18-month minimum contract terms, Shell Energy Broadband customers will be out-of-contract and able to renegotiate faster than those who have signed-up to similar plans from the likes of BT, so that’s a positive.

If you have come to the end of your Shell Energy Broadband contact, Express.co.uk has rounded up some of the best broadband deals around right now below…

Hyperoptic is one of the new kids on the block. Unfortunately, that means it’s not available as widely as BT, Sky or Virgin Media, but if you’re lucky enough to have its gigabit-cable cables in your street – there are some amazing deals to be had. With no upfront cost or installation fees, this 50Mbps bundle is usually £25 a month, but Hyperoptic has slashed that price as part of a flash sale. So, you’ll need to be fast to secure the cheapest deal on this list!

BT is running a new “homebuyer” deal that slashes the price of some of its fastest fibre broadband packages in half for the first three months …and don’t worry, there’s no need to prove that you’ve recently moved house to qualify! After the first three months, your monthly bills will rise to £34.99 a month. With download speeds of 150Mbps, this bundle means you’ll rarely see any loading or buffering

Vodafone’s new “Switch and Save” deal offers new customers the chance to sign-up to its home broadband plans for less than £20 a month. If your broadband is out of contract, Vodafone estimates that you can save as much as £300 by switching to one of its newly discounted plans. At 35Mbps, this isn’t the fastest connection (it’s about half the speed of the UK average home broadband) but it’s a great way to save money if you’re not streaming video all of the time!

TalkTalk is offering its fibre broadband at a discounted price, with customers now able to access to the web from just £23 per month. You will need to pay a one-off £4.95 charge for the postage of the new Wi-Fi router, but that’s it. TalkTalk says to expect 38Mbps download speeds, which isn’t the fastest …but it’s a very affordable package that could seriously reduce your monthly outgoings

For a limited time, John Lewis is handing out a £45 voucher to spend in its stores or Waitrose when you sign-up to its fibre broadband plan. Coupled with the free evening and weekend calls to a landline, the unlimited usage, and the short 12-month minimum contract length – this is a superb deal

Plusnet has dropped its £10 activation fee and thrown-in a £50 Reward Card that can be spent anywhere that accepts Mastercard so, in a nutshell, anywhere! In terms of the broadband bundle, you’ll get acceptable 66Mbps speeds and unlimited usage. The 18-month minimum contract isn’t the shortest on this list, but it won’t tie you in as long as some providers, like BT

While GigaClear might not have the brand recognition of some of the other brands in this list, it more than makes up for that with some phenomenal deals. Right now, you can get 200Mbps download speeds – almost three times faster than the UK average speed – for less than £30 a month. You’ll also get unlimited downloads and FREE installation