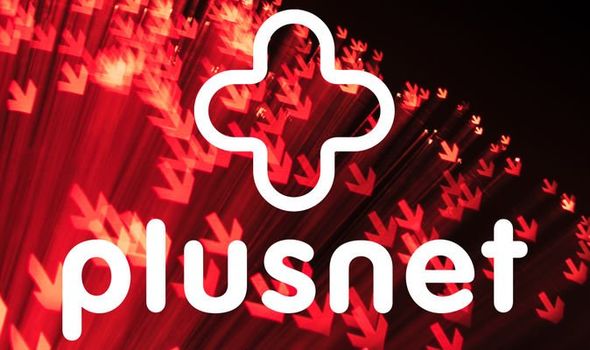 Can’t login to your Plusnet email today? You’re not alone.

Hundreds of Plusnet customers have complained about problems with the online inbox, which is provided for free to Plusnet customers with its broadband contracts. The glitch only impacts Plusnet email addresses, there are no known issues with Plusnet’s broadband or phone services, so customers should have no issue getting online, making video calls, streaming Netflix, or calling friends and family. Plusnet has acknowledged that its email service is down, and engineers at the company at already working on a fix.

The official Twitter account, @Plusnet, has responded to a number of disgruntled customers. It posted: “Some customers are having problems logging in their email and we’re working quickly to resolve the issue. Plusnet broadband, mobile services are not affected and we’re sorry for the inconvenience caused.”

Plusnet’s email service can be accessed online via a web portal at webmail.plus.net/ but the email can also be added to third-party applications, like Mail on iPhone, iPad and Mac, Microsoft Outlook, and Mozilla Thunderbird.

Plusnet first acknowledged the issue with its email service at 7.56am, promising that a fix would be on the way soon. However, in its most recent post to customers, shared via its Server Status page – which is used to highlight any known issues with the online service, it confirmed that the solution was taking longer than expected.

It confirmed: “We’re really sorry but its taking a little longer than we expected to fix the issue. We’re working hard to get it resolved as quickly as possible.”

DownDetector, an independent website that monitors the performance of web apps by tracking mentions across social media, has reported a spike in complaints about the Plusnet email service. According to its data, more than 500 people are complaining about the broken inbox every minute in the UK. The issue appears to have first cropped up around 7am this morning, slowly building throughout the morning.

More to follow, please refresh for the most up-to-date information…

For a limited time, BT has slashed the price of its fastest fibre broadband packages in half for the first three months of your contract! After that, your monthly bills will rise to £34.99 a month. But with download speeds of 150Mbps, this super-speedy package means you’ll rarely see any buffering when streaming a boxset, making a video call, and more!

View Deal Broadband only – no landline

If your broadband is out of contract, Vodafone’s new “Switch and Save” deal estimates that you can save as much as £300 by switching to one of its newly discounted plans. With average download speeds between 72-73.5Mbps, this isn’t the fastest connection on the list, but it’s a great price. If you have a SIM plan with Vodafone, you’ll benefit from a free tablet too

While you might not associate Shell Energy with broadband, the company offers decent download speeds at competitive prices. And since it runs on BT’s Openreach network, you’re likely to already have the right infrastructure in your street. Right now, Shell has slashed the cost of its Fibre Plus package from £35.99 a month down to £21.99 for the duration of your contract. Bargain!

TalkTalk is offering its fibre broadband at a discounted price, with customers now able to access to the web from just £23 a month. You will need to pay a one-off £4.95 charge for the postage of the new Wi-Fi router, but that’s it. TalkTalk says to expect up to 67Mbps download speeds, which is about average – and more than enough for smaller households

Plusnet has dropped its £10 activation fee on this plan – and added a £60 Gift Card to its popular Fibre Extra plan for Black Friday. In terms of the broadband bundle, you’ll get acceptable 66Mbps speeds and unlimited usage. The 18-month minimum contract isn’t the shortest on this list, but it won’t tie you in as long as some providers, like BT

For a limited time, John Lewis is handing out a £50 voucher to spend in its stores or Waitrose when you sign-up to its fibre broadband plan. Coupled with the free evening and weekend calls to a landline, the unlimited usage, and the short 12-month minimum contract length – this is a superb deal

While GigaClear might not have the brand recognition of some of the other brands in this list, it more than makes up for that with some phenomenal deals. Right now, you can get 300Mbps download speeds – almost 4 times faster than the UK average speed – for less than £25 a month. You’ll also get unlimited downloads and free installation

Virgin Media will slash the price of its full-fibre broadband bundles when you decide to add a phone line (don’t worry – you don’t have to use the phone). This means you can get 108Mbps speeds for just £28 per month, which is much more affordable than its broadband-only bundle for the same speeds

Hyperoptic is one of the new kids on the block. Unfortunately, that means it’s not available quite as widely as BT, Sky or Virgin Media, but if you’re lucky enough to have its gigabit-cable cables in your street – there are some amazing deals to be had. For example, you can secure 1Gbps download speeds (more than 14x faster than the UK average broadband speed!) for just £35 a month. BT and Virgin Media charge around £60 for those eye-watering speeds!

Unfortunately, this super-speedy bundle isn’t available nationwide, but if the cables in your street have been upgraded to support these lightning-fast downloads – it’s a brilliant deal. TalkTalk doesn’t ship its own Wi-Fi router to customers who opt for this package, instead, it provides an Eero 6 Pro, which costs £229 when bought from Amazon

If you’re looking for the ultimate broadband speed at home, this bundle from Community Fibre is sure to blow your hair back. Unfortunately, Community Fibre doesn’t quite have the reach of BT and Virgin Media, but if you live in an area served by its network, it offers next-generation speeds for significantly less than those more established rivals

Almost 14 million Virgin Media customers nationwide can access the company’s fastest broadband speeds – more than 1,000Mbps. That’s fast enough to download a two-hour blockbuster film in crisp HD from Netflix in under 100 seconds. Woah. Unfortunately, those speeds come at a cost – but will be essential for busy households or home-workers who are always in video calls!