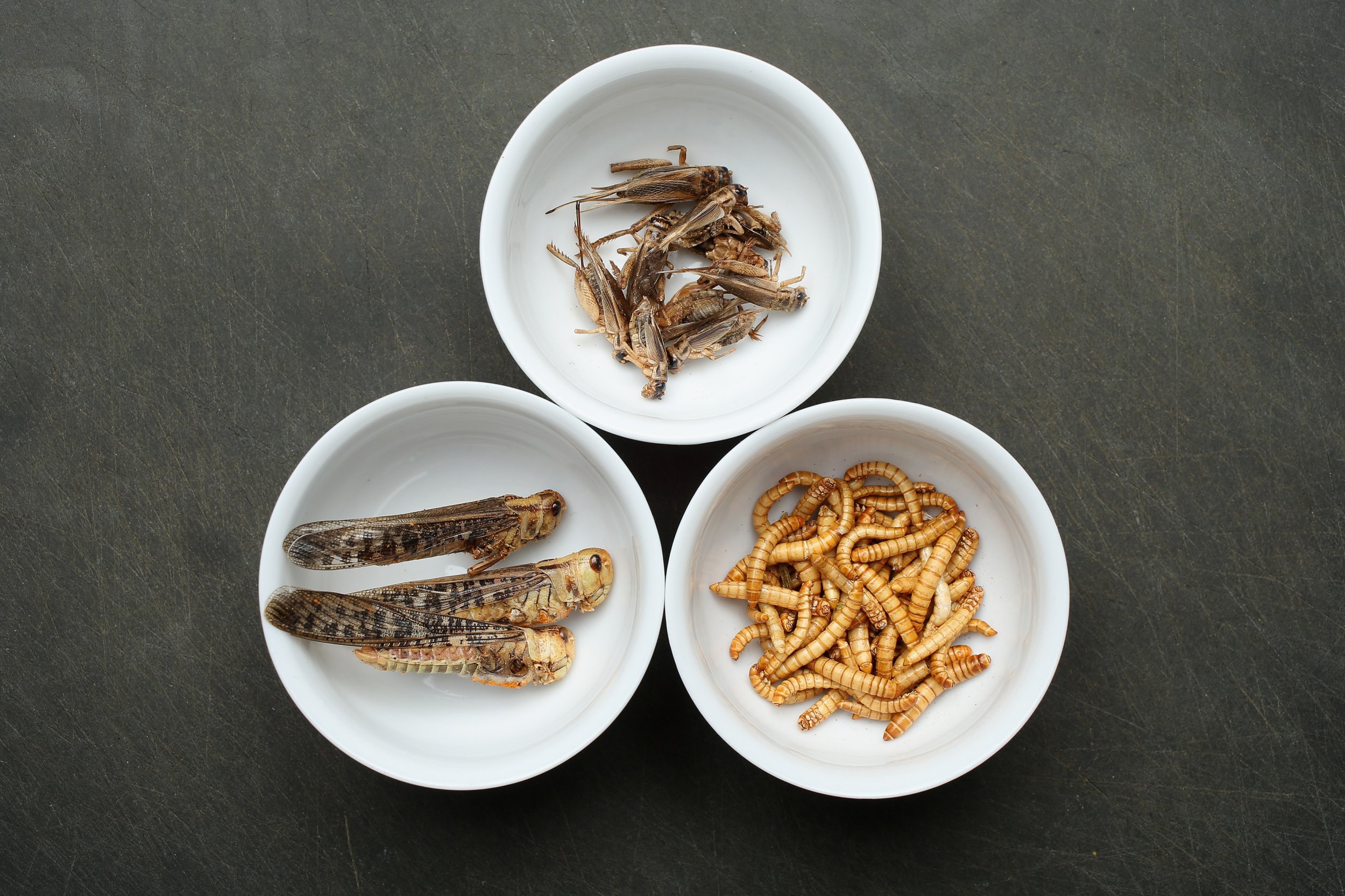 People should eat insects – and use their poo to grow crops, according to a new study.

Insect waste comes in two forms- exuviae, which are skeletons left behind when they moult, and frass, which is essentially poo and unconsumed food.

When added to soil, the exuviae and frass promote plant growth and health, the researchers added in an opinion paper.

Insect faeces are rich in nitrogen, which is pivotal for plant growth but not often found in most soils and often used in synthetic fertiliser.

The insect skeletons are rich in chitin, a polymer that is difficult for animals and plants to digest.

However, some bacteria can digest chitin and those bugs help plants fend off diseases and pests.

When exuviae are added to soil those good bacteria increase in number.

The researchers say the use of insect poo on crops is a pioneering step towards a food system where very little is wasted.

In such a system, the insects are fed waste streams from crop farming or food production, and the insects then provide humans with food.

Using the leftovers from insect production to bolster crop growth could close this circle, but the researchers just need a potentially sceptical public to get on board.

The paper’s lead author Dr Marcel Dicke says insects, which he calls ‘mini-livestock’ are incredibly efficient to farm, particularly when compared with traditional livestock such as cows.

It takes around 25 kilograms of grass to produce one kilogram of beef, but the same amount of grass can produce ten times as much edible insect protein.

This is because as much as 90 per cent of an insect’s body mass is edible compared with just 40 per cent for beef cattle.

The researchers now want to probe how effective exuviae are as a pest control.

When a plant is attacked by an insect, its leaves can make volatiles that attract the pest’s predators.

Dr Dicke says this is the plant’s ‘cry for help’ and claims ‘they are recruiting bodyguards.’

The scientist thinks a similar process might be happening through the plants’ roots.

He says microbes that are digesting chitin in insect waste might also be acting as security for the plants by breaking down pathogenic fungi and making the plant resilient to pests.

Dr Dicke of Wageningen University in the Netherlands said: ‘I have eaten crickets, mealworms, and locusts.

‘Many people in in our part of the world need to get used to eating insects, but I can tell you that I’ve eaten many other insect species around the globe, and I’ve always had a wonderful meal on them.’

The paper was published in the journal Trends in Plant Science.