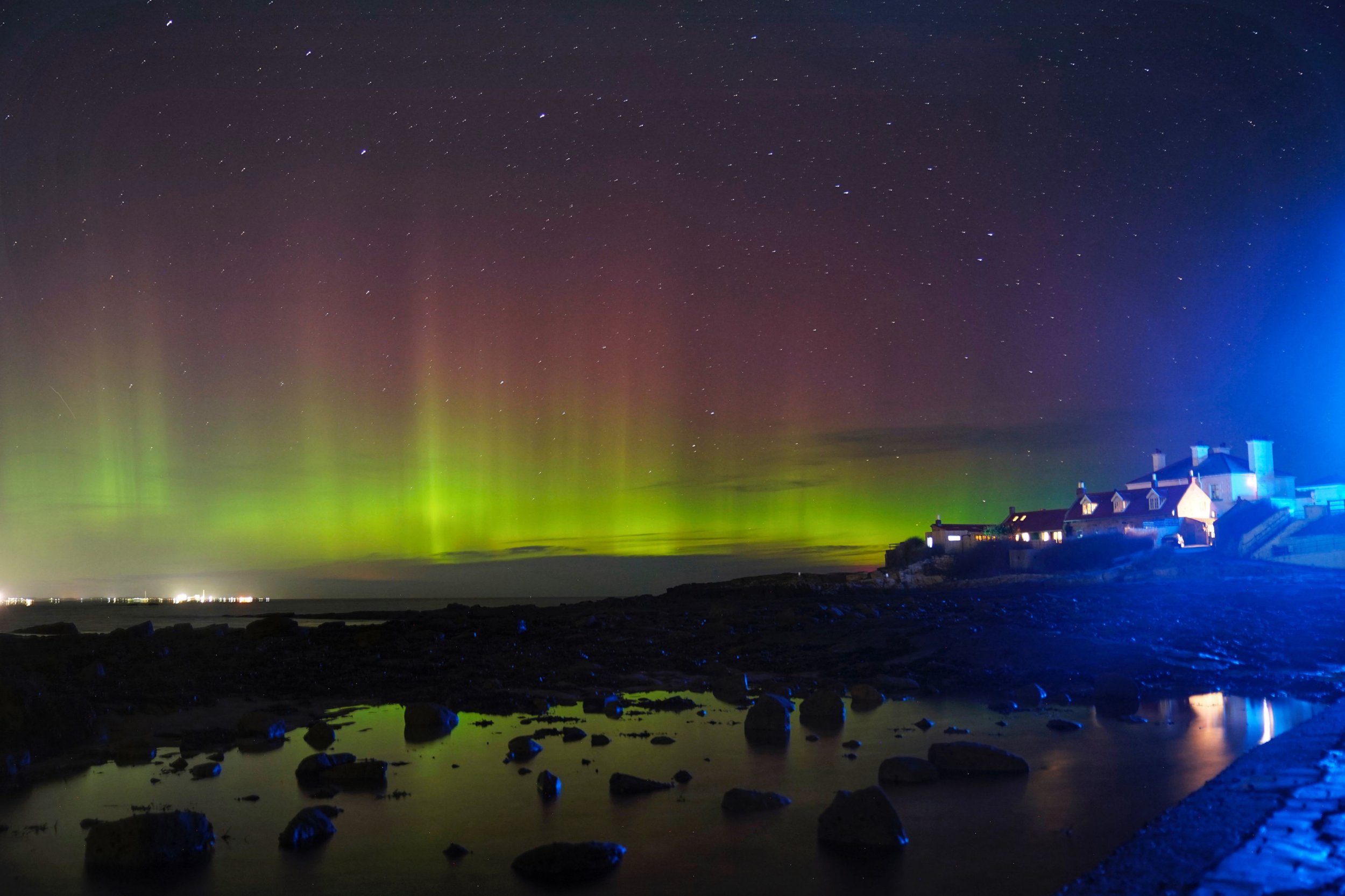 Early this morning, the Northern Lights, appeared in the skies over the North East.

The lights, known as the aurora borealis, were captured by photographers as they shimmered in the sky above the coastline.

Pictures taken of the phenomenon over St Mary’s Island in Whitley Bay on North Tyneside show the breathtaking spectacle as it happened.

It wasn’t just the coast which provided views of the lights.

People in County Durham, Northumberland and other rural areas also reported seeing the skies light up.

The phenomenon is caused when a fast stream of solar wind flashes through the sky to create a ‘dancing’ effect.

This morning’s show was thanks to a wave of ‘significant space weather activity’ predicted by the Met Office.

Ribbons of colourful light are created when the solar winds collide with our planet’s magnetic field.

‘Geomagnetic storming during the next two nights may have the potential to bring visible aurora down to the far north of England and similar latitudes, where clear skies occur,’ the Met Office reported on Saturday.

Significant space weather activity is expected during the coming night with #aurora sightings likely across Scotland, northern England and Northern Ireland, where the skies are clear

Autumn in general is the best time to see the Northern Lights at its best due to clearer skies.