Huawei’s sensational P30 Pro is now on sale at a much more attractive price. This flagship phone has been reduced by all the big retailers meaning you can now pop one in your pocket for under £700. That’s quite a drop from when it first went on sale with early adopters being forced to pay £899 to own one.

As a quick reminder, the P30 Pro is packed with features that include a 6.5-inch OLED curved display, quad rear camera and a huge 4,200mAh battery.

There’s also a fast processor tucked under the glass and aluminium body and you’ll find the clever reverse wireless charging feature which can refill other devices when placed on top of the P30 Pro.

If you want to know more about this device then you can read our full P30 Pro review here.

You can also find the P30 Pro discounts here: 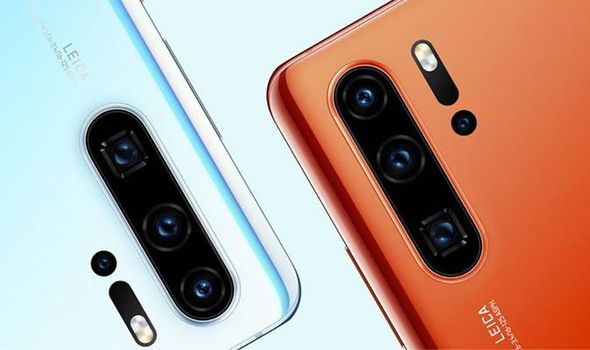 This is clearly a good price for this phone but is now a really bad time to buy one?

Huawei recently revealed it will be holding a major event in March with the firm’s CEO Richard Yu confirming this release date ahead of any official invitations being sent to journalists.

The Chinese firm will use this keynote in Paris to release its P40 Pro and if all the rumours are true it could totally eclipse the current P30 Pro.

It’s thought this new flagship will almost certainly get a faster processor, improved display and bigger battery but the most exciting change could come to its camera.

We’d already heard the device is expected to boast a new rectangular camera system which could allow users to shoot images with an incredible 10x optical zoom.

Along with plenty of news circulating on the web, there’s also been some leaked images on social media which may show how the P40 Pro will actually look.

Renowned tech tipster Evan Blass recently posted alleged photos of the P40 Pro on Twitter. The device is shown flaunting that striking new camera system on its rear case which looks set to offer five sensors rather than the four you’ll find on the P30 Pro.

Although the P40 Pro looks like a powerhouse of a phone there’s still the dark Google cloud hanging over the firm.

Huawei is currently banned from using any Google apps or services and this has already affected one of its previous devices.

The Mate 30 Pro got its grand unveiling late last year but it never ended up launching in the UK. This could also be the P40 Pro’s biggest problem.

Just like the Mate 30 Pro, it’s expected the handset will not come equipped with Google apps and services, meaning it could be a pretty hard sell for Android UK fans.

That makes that P30 Pro – a phone that does have full access to Google’s services – an attractive proposition, especially with that new price.