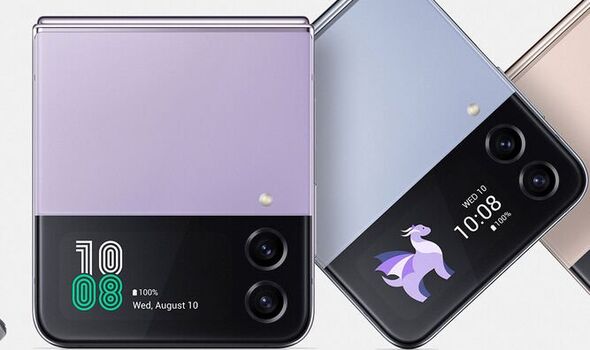 If you’re bored of your current Android phone it might be worth taking a look at what Samsung is about to release. The Korean technology giant has just announced the launch of its new Galaxy Z Flip 4 and Fold 4 phones with these bendy devices arriving packed with improvements and much faster performance. They go on sale next week, August 25, with prices starting from a pretty hefty £999 for the Galaxy Flip 4. The Fold 4 is even more costly with fans not getting much change from £1,650. Ouch!

Samsung is offering huge money off the new Galaxy Z Flip 4 when customers hand over their old smartphones.

Get over £500 off the new Galaxy Z Fold 4 from Samsung when you trade in an older device. There’s also Disney+ for free.

That’s not exactly cheap but to help soften the financial pain, Samsung is offering some big incentives for anyone happy to hand over their current devices and upgrade to a new foldable.

In fact, those switching before that August launch date are guaranteed to get at least £250 back for their old smartphone no matter what condition it’s in. Yes, Samsung says it will pay that cash even if the phone is NOT looking its best.

Those with something more recent in their pockets might find they can get over £500 when using Samsung’s trade-in plan. For example, hand over last year’s Flip 3 and Samsung will give you up to £580 off the new devices. Google Pixel Pro owners can expect £480 cash back and there’s even over £400 trade-in value for Huawei phones.

Along with this deal, Samsung is also offering other incentives including free Disney+ for a year and 20 percent off the new Galaxy Bud Pro 2 which feature improved audio and long battery life. 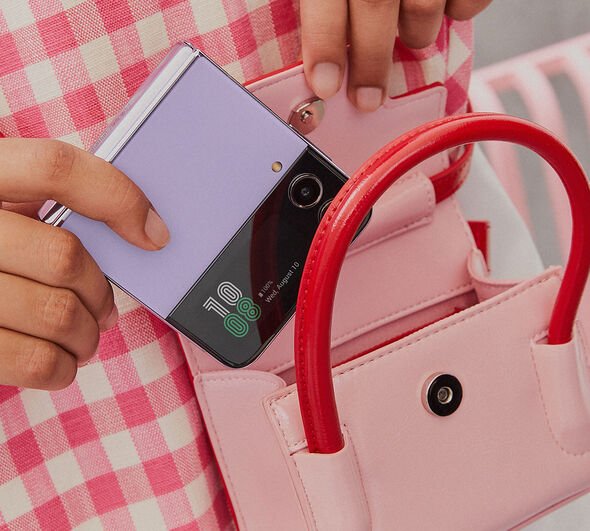 If that’s got you pondering an upgrade then there’s plenty to like about the Galaxy Z Flip 4 and Fold 4.

Tucked under the hood of these phones is the latest Qualcomm Snapdragon 8+ Gen 1 processor which is currently one of the fastest chips found in any Android phone.

There are also improvements to the rear cameras which make them better at low light photography and faster charging also comes to the Flip 4 for the first time.

To help make sure they survive life on the road, the new Flip and Fold get tough Gorilla Glass Victus and are fully IPX8 water resistant rated.

There are also 120Hz AMOLED screens for smooth scrolling, 5G data speeds and up to 1TB of internal storage.

Trade in your current phone to get £20 off your monthly bills – dropping the price down to £63 per month. Enjoy EE’s superfast 5G network with your new Galaxy Z Fold 4 with a generous 40GB of allowance each month.

For a limited time, Vodafone has boosted its trade-in value – with discounts of up to £600 available when you give up your current phone for the all-new Galaxy Z Fold 4. Elsewhere, Vodafone offers a much lower upfront cost than some rival networks

Three Mobile offers all three colour options for the Galaxy Z Fold 4 (not true for all mobile networks) and some pretty low monthly bills. Three+ is a rewards scheme similar to O2 Priority which offers discounted cinema tickets, free coffee and meals from high street stores.

O2 bundles a number of other extras with its Galaxy Z Fold 4 deals, including 6-months of Disney+, and 6-months of your choice of Prime Video, Amazon Music Unlimited, Audible, or McAfee. O2 will also extend the hardware warranty for 3 years! You’ll also get access to O2 Priority to get gig tickets ahead of general sale and free coffees from Greggs each month. EU roaming also comes at no extra cost!

If you’re a fan of Sky Original, HBO or Peacock shows …you’ll be able to stream all of these boxsets on Sky Go without using any of your mobile data allowance. Sky Mobile is one of the only carriers that rolls-over any unused 5G data that you haven’t used by the end of the month, so you’ll never pay for something you haven’t used. Monthly bills are also affordable

Virgin Media offers data-free messaging on WhatsApp, Facebook Messenger and Twitter – so even those with a small amount of 5G data each month will continue to be able to send texts, make video calls, and more. Virgin Media also offers EU roaming for free – a real rarity these days! It also has no upfront cost.

Speaking about the new phones Conor Pierce, Corporate Vice President of Samsung Electronics UK & Ireland, said: “Samsung Galaxy foldables are built on the foundation of our openness philosophy, enabling new possibilities with complete customisation both inside and out. Created in collaboration with our world-class partners, the next foldable devices offer unparalleled mobile experiences that meet the needs of our most dynamic users.”