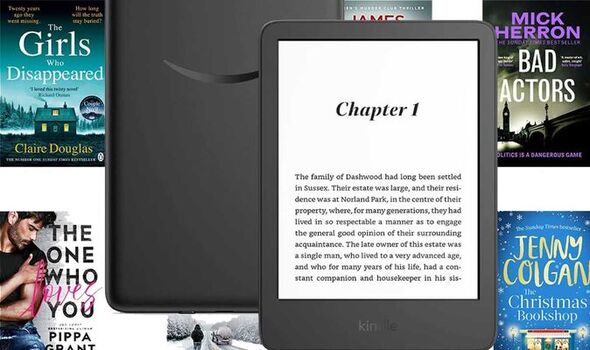 Amazon Kindle fans that have run out of things to read are being offered two very enticing promotions ahead of Black Friday. As part of their early Black Friday deals, Amazon has slashed the prices of over 1,290 Kindle books to as low as 99p – with popular titles like The Girl on The Train available for that bargain price. If that wasn’t enough, Amazon has also launched a great deal on its Kindle Unlimited service – with three months of access available for the price of one.

Amazon has slashed the price of its Kindle Unlimited service for the Black Friday sales. For a limited-time only you can get three months for the price of one. If you sign-up you’ll get access to a huge library of over a million eBooks, subscriptions to popular newsagent magazines and thousands of audiobooks.

Kindle Unlimited offers a library of over a million eBooks, as well as access to popular magazines and thousands of eBooks with Audible narration.

This plan costs £7.99 a month and usually, if you wanted to subscribe for three months it would set you back £23.97.

But until November 30, 2022, you’ll be able to get two months access for free when you sign up for Kindle Unlimited for three months.

Before you rush out to sign up there are a few things you need to know. Firstly, if you’re an existing Kindle Unlimited subscriber you won’t be eligible for the deal.

Also, anyone that does sign up for this deal needs to be aware auto-renew will be applied by default. If you don’t want to continue using Kindle Unlimited after the three month promotional period is over make sure you cancel before then.

If you’re not eligible for this deal, but would like to find something new to read, then you should head on over to Amazon’s 99p Kindle sale instead.

In the run-up to Black Friday, Amazon has slashed the prices of hundreds of eBooks across a wide range of genres. Books from popular authors like Nigella Lawson, Maeve Binchley, Lynda La Plante, John Grisham and James Patterson are all available for just 99p right now.

Get a Kindle book for 99p

Amazon has slashed the prices of hundreds eBooks for the Black Friday season, which are available from as low as 99p. Over 1,290 books have received a big price cut and whatever you’re into – whether that’s crime, romance, non-fiction or more – you’re sure to find something that tickles your fancy.

Kindle eBooks and Kindle Unlimited can be accessed on a wide range of devices. You can read Amazon eBooks on a Kindle eReader as well as on your smartphone, tablet and laptop via the official Kindle app.

If you’re not in the mood for reading right now and would rather kick back and listen to an audiobook Amazon has another offer available that could tempt you.

In October Amazon launched a deal on its Audible audiobook service which slashed the price by a whopping 60 percent.

The Lord of the Rings: The Rings of Power trailer from Amazon

Usually Audible costs £7.99 a month but until December 18 you can get a membership for just £2.99 a month (as long as you sign up for four months).

Audible offers access to thousands of Audible Originals, podcasts and audiobooks while each month you’ll also get a credit which lets you download and keep any audiobook of your choice – which you can access even after your Audible membership has ended.

You can listen to Audible audiobooks on a wide range of devices, including iOS and Android phones and tablets, on Windows laptops, via Kindle eReaders that support audiobook playback and on an Amazon Alexa smart speaker.

Book lovers rejoice! The price of an Audible subscription has been slashed by a whopping 60 percent, with the deal – which will save you £20 – available until December 18