Chinese tech giant Oppo will take to the stage in London next week for the grand unveiling of its next flagship smartphone – the Find X2. The Shenzhen firm was supposed to unveil the Find X2 over the weekend at MWC, however this was postponed due to coronavirus fears.

Instead, the tech giant is holding an online launch for the device on Friday, March 6, that’ll kick-off from 8.45am.

Although the Find X2 is still over a week away from being unveiled in full, that hasn’t stopped Oppo teasing the device on social media. More specifically, the firm’s vice president and president of global marketing – Brian Shen – recently posted an image of the device’s display on Twitter and confirmed it will feature a 120Hz refresh rate and a 3K resolution.

The image posted by Shen has text that reads “120Hz + 3K” suggesting the two features will work in tandem with each other, as opposed to Samsung’s Galaxy S20 series that makes the user decide between the highest refresh rate or resolution.

The Galaxy S20 series isn’t able to run at its maximum resolution of 1440×3200 with 120Hz enabled. If users want a smoother navigation and gaming experience, they’ll have to dial the phone’s pixel-count down to 1080p.

Shen’s image also shows the display of the Find X2 that’s expected to follow in the footsteps of its predecessor by offering a truly all-screen design. You may remember the original Find X for being one of the first phones to stray from the trend of notches at the time with a mechanical pop-up selfie camera system. Similar technology has since been leveraged by the likes of Xiaomi and OnePlus.

The Oppo executive also suggested he’s using a pre-production version of the Find X2 right now and was eager to discuss the design of its display.

He said: “On the pre-production device I’m using we were influenced by the ‘waterfall screen’ concept you may have already seen. 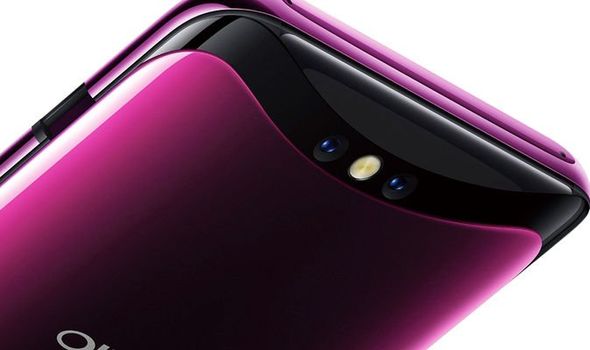 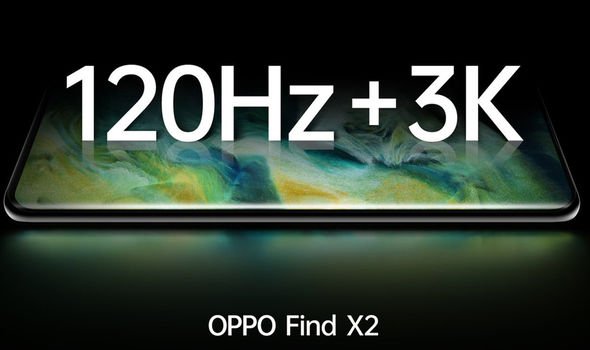 “Similar hardware has been used, but we’ve developed the design best to fit the user, adding volume buttons and without such an extreme ‘waterfall’.”

Of course, the waterfall screen concept Shen is referring to isn’t new. In fact, Huawei’s Mate 30 Pro comes with its very own waterfall display that elegantly curves over the side of the device and melds into its aluminium frame. The biggest difference between a waterfall panel and a traditional one is the fact the former boasts more extreme curvature on its left and right-hand sides.

Screen aside, there’s a few other things we already know about the Find X2. Oppo has already confirmed it’ll be powered by Qualcomm’s newest Snapdragon 865 processor and be 5G-capable.

The Shenzhen firm has also suggested it’s going to place a big emphasis on the Find X2’s camera system. That’s not particularly surprising seeing as it was one of the first companies to launch a handset with a square periscope-style telephoto lens offering a 5x optical zoom.

Finally, it’s also expected the Find X2 will lead the way when it comes to wired charging speeds, too. Oppo released what remains comfortably the fastest-charging phone on the market last year – the Reno Ace – that can recharge at 65W that’ll refill it from empty to 100 percent in a mere 30 minutes.

In an interview with Express.co.uk, Oppo UK’s Managing Director, Kevin Cho, suggested the Find X2 could be in line for similar 65W speeds. You can read our full interview with him here.

Express.co.uk will be covering Oppo’s hardware launch next week. So stay tuned for all the announcements!