OnePlus will hold its next hardware event later today, July 21, where the company will unveil the first in an entirely new line of devices – known as OnePlus Nord. We’re not quite sure what OnePlus Nord means, or how many gadgets will be part of this line-up, but we are sure that a new affordable smartphone and a pair of AirPod-like wireless earbuds are due to be unveiled later today.

OnePlus is clearly incredibly excited about what it’s managed to put together for its latest launch… because it can’t stop talking about them. Unlike Apple, which shrouds everything in a level of security that would make GCHQ proud, OnePlus has been teasing a number of details about its new products ahead of the launch. And as a result, there’s not a lot of surprises left.

So, if you’ve managed to miss the announcements and want everything unveiled by the Shenzhen-based firm to be a surprise, then look away now. Here’s everything we already known about the OnePlus Nord…

It’s no secret that over the last few years, OnePlus’ smartphones have steadily increased in price. Rather than simply bringing marquee features from the latest iPhone or Galaxy S smartphone to its handset, OnePlus is now innovating. It launched the first 5G-enabled smartphone in the UK – beating richer rivals like Samsung and Apple to high refresh-rate displays. Inevitably, these innovative features add to the cost. The OnePlus 8 Pro starts from £799. That’s a significant increase from the £329 it charged for the OnePlus 3 back in June 2016.

But with the OnePlus Nord, which the Shenzhen-based company has already confirmed will cost “less than $500” (£390, converted), OnePlus fans will be able to get the latest handset from the firm without breaking the bank.

Although the exact price hasn’t been revealed – there will likely be a few models at different price points with different storage configurations to choose from – it’s clear that OnePlus Nord is something very different from the smartphones that we’ve seen from the firm in recent years. 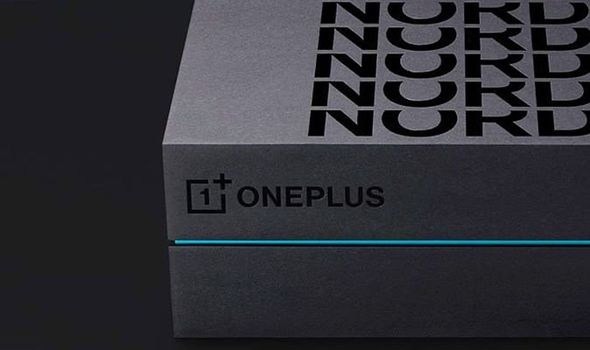 The camera is an essential feature on any smartphone – and not something you want the manufacturer to have skimped on. Google’s affordable Pixel 3a sold like hot cakes last year by bringing the beautiful photography pioneered by the pricier Pixel 2 and Pixel 3 to a £399 price tag. And now, it seems OnePlus hopes to enjoy the same success with its camera experience.

In a recent forum post, OnePlus Imaging Director Simon Liu revealed that OnePlus Nord will sport a 48MP main camera with an f/1.75 aperture and optical image stabilisation. Coincidentally, that’s the exact same number of megapixels as the OnePlus 8, which suggests that OnePlus might be copying Google’s playbook and trying to bring flagship photography to a more affordable price point.

That hefty 48MP main sensor will be joined by an 8MP ultra-wide camera, a macro camera, and a 5MP depth sensor, Simon Liu has confirmed.

And if that wasn’t enough cameras for a single smartphone, OnePlus has confirmed that Nord will have two lens on the front. This will be used for ultra-wide group selfies – ideal if you’re practising social distancing and want to squeeze everyone into the viewfinder. The dual-selfie system will comprise of a 32MP camera and an ultra-wide lens with a 105-degree field of view.

OnePlus was one of the first companies to bring high refresh panels from specialist gaming handsets to the mainstream. And the smartphone start-up isn’t planning to go back to a standard 60Hz display anytime soon.

The company has already allayed any fears that a smaller price tag would mean ditching the high refresh panel. Head of Product for OnePlus Nord Shawn L. confirmed the all-important detail in a forum post. While OnePlus Nord won’t quite match the 120Hz screen found on the OnePlus 8 Pro, it will use a 90Hz panel – that’s the same as the one found on the Pixel 4 – which should still make system animations feel smoother and more responsive.

Fuelling that smooth user experience will be “up to 12GB of RAM,” Shawn L. confirmed ahead of the launch.

This all sounds great, but what colours will be available? – I hear you ask. Well, OnePlus has even revealed the finishes for the OnePlus Nord ahead of time, presumably so you can head out and order a matching jumper to co-ordinate with your new smartphone ahead of time.

Confirmed by OnePlus Chief Designer Hope L in yet another forum post to the community, Nord will be available in a reflective Blue Marble shade as well as a metallic Grey Onyx.

…And for every other burning question, you’ll need to wait for the OnePlus Nord event, which kickstarts at 3pm today. Stay tuned.