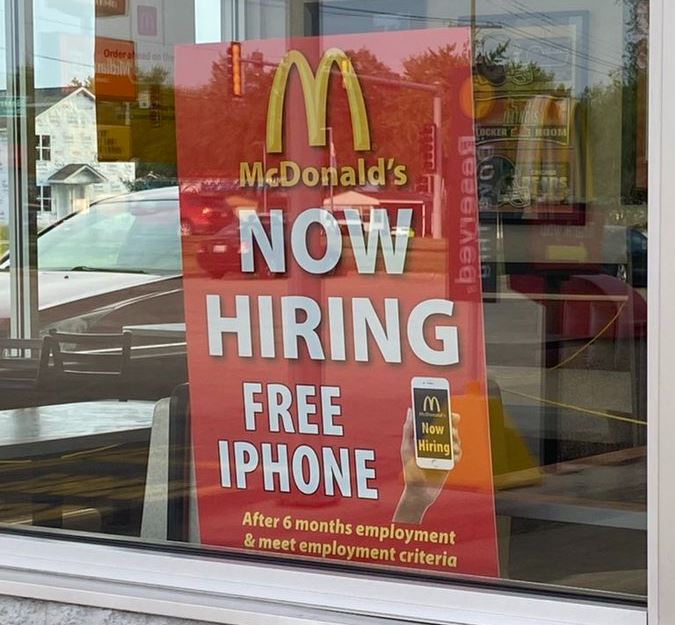 A McDonalds outlet in the US is offering an enticing perk for anyone that wants to work there: a free iPhone.

The incentive is being advertised by a giant poster in the window – which was quickly snapped and posted to Twitter.

Naturally, there are some caveats. The fast food chain says you need to have worked there for at least six months to qualify for the free gadget.

Additionally, you need to meet the ’employment criteria’ – whatever that is.

And while we’re pointing out the pitfalls, it’s also unclear exactly what type of iPhone is being handed out to the McStaff.

It’d be great if it was a top-spec iPhone 12 Pro Max, but judging by the picture the loyal workers may find themselves handed an iPhone 8. Which can be had on eBay for around £180.

Even so, there seems to be a bit of interest in the offer – the initial tweet has been retweeted over 35,000 times.

Recently McDonald’s has started including Pokémon cards with its Happy Meals to celebrate the franchise’s 25th anniversary this year.

However, these unique cards that can also be used in the trading card game are being restricted in the UK to stop scalpers.