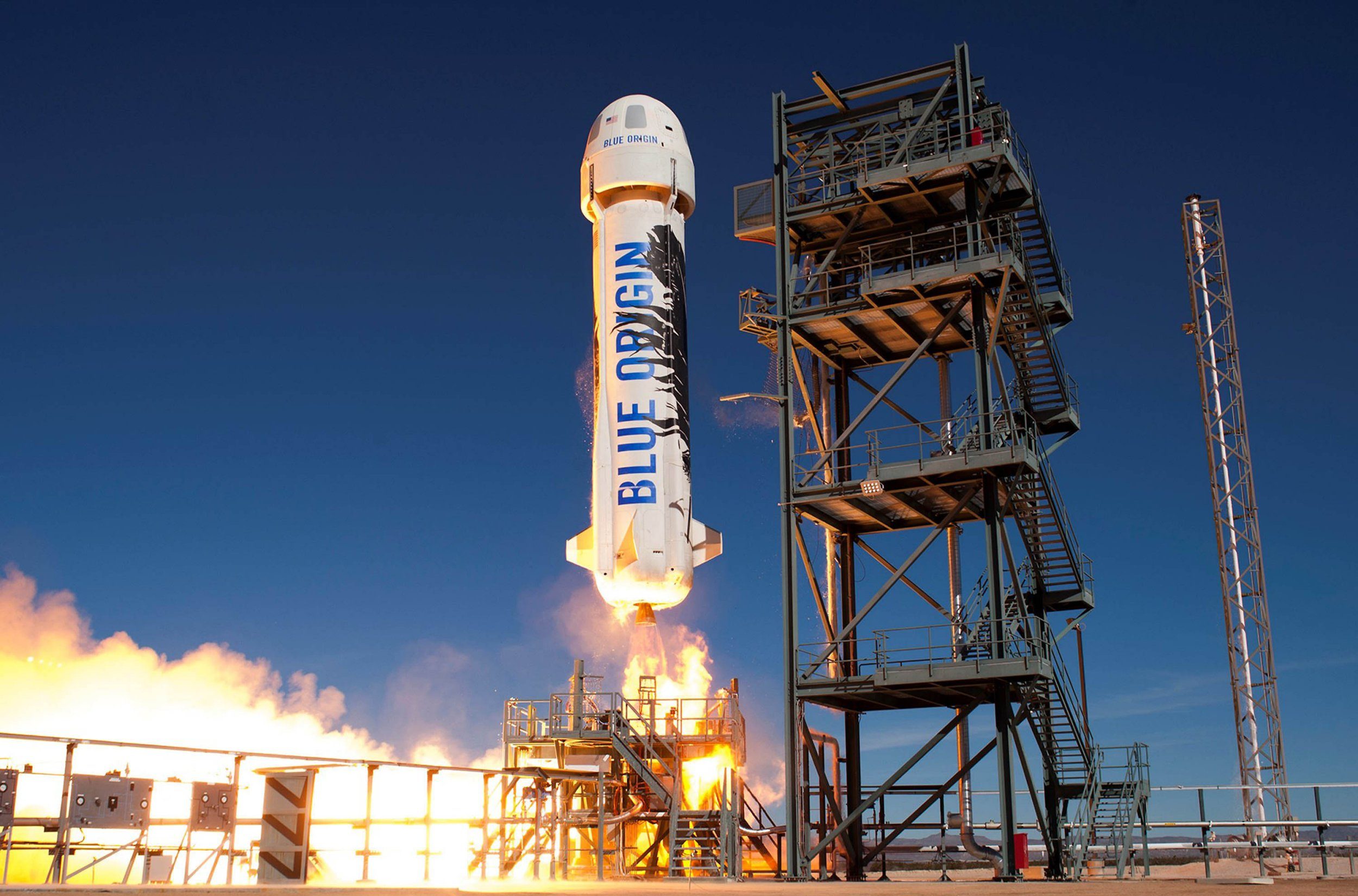 William Shatner is set to become the oldest person in space later today when he flies into orbit on board a private spaceship.

The spaceship in question belongs to Blue Origin, the private space company set up by Amazon founder Jeff Bezos.

New Shepard, named after astronaut Alan Shepard is a reusable rocket that was explicitly designed for the job of taking tourists to space.

It consists of a 60ft (18m) rocket, with a six-person capsule resting atop it. The ship has air brakes, bidirectional rockets and landing gears that meant it can both take off and land.

The capsule at the tip of the rocket shaft features six observation windows Blue Origin says are nearly three times as tall as those on a Boeing 747 jetliner.

The ship itself is powered by an oxygen-rich liquefied-natural-gas-fueled staged-combustion rocket engine. Many people think it looks a bit like a giant space penis.

Captain Kirk’s trip aboard the New Shepard will have four broad stages.

Stages of the flight

Both the capsule and booster rocket will take off vertically until New Shepard reaches around 250,000ft (76km). From there, the capsule will detach and boost itself to about 350,000ft (106km).

This is when the crew inside will get their view of Earth and experience several minutes of weightlessness as they escape Earth’s gravity.

The booster rocket, meanwhile, will fall and land around two miles from the launchpad, thanks to those bidirectional rockets and a lot of computer smarts.

Though this is only the second time Blue Origin has flown a crewed rocket to space, the New Shepard has undergone 15 test flights without passengers.

Blue Origin hasn’t suffered any of the dramatic crashes that largest rival SpaceX has. Although in 2016, Elon Musk’s company did intentionally crash one of their rockets as a test.

If you want to watch Shatner’s flight as it happens, the company will be livestreaming the event on its website here.