Apple might not have revealed its new iPhone 12 quite yet, but we already have a pretty good idea about exactly how fast this new smartphone will be. That’s because – while the next-generation iPhone remains shrouded in secrecy – Apple recently unveiled its redesigned iPad Air, which is powered by its latest A14 Bionic processor. Apple usually introduces the latest version of its A-branded chipset with the iPhone, before bringing it to iPad – so this year and the delays to the new iPhone model mark a noticeable switcheroo.

The all-new iPad Air isn’t set to go on sale until later this month, but one tech tipster reckons it’s going to be blisteringly quick. Ice Universe, who has a habit of leaking things early, says the new iPad Air has recorded some pretty impressive Geekbench benchmark scores with its single-core processing listed as 1,583 and its multi-core getting a score of 4,198.

For those who don’t know benchmark scores are designed to help customers compare the power of one device with another – regardless of the brand of the processor, the operating system, the manufacturer, and other details. In a nutshell, the higher the number, the better.

And the score of the first A14-powered device is very good news. That’s because its score is a massive jump over the older iPad Air and shows that Apple wasn’t exaggerating when it said the new Air could be up to 40 percent faster than its predecessor. 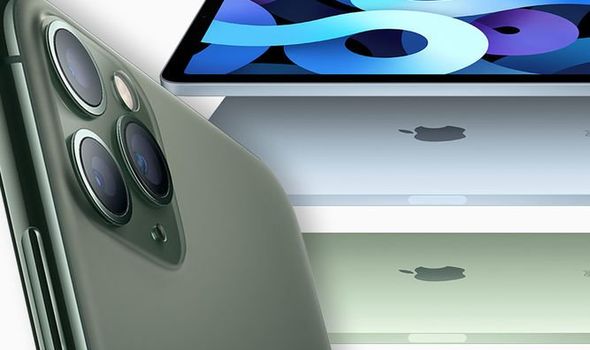 Of course, this is great news if you are planning on buying an iPad Air when it goes on sale soon, but what has it got to do with the iPhone 12?

Apple always brings a new chip to its next generation of smartphones and the A14 Bionic is almost guaranteed to feature in the iPhone 12 and iPhone 12 Pro line-up later this month.

If that’s the case and it’s just as powerful as the iPad it will make it seriously faster than the current A13 Bionic-powered iPhone 11 and iPhone 11 Pro.

It will also leave its Android rivals for dust with the current leader on Geekbench’s website, the OnePlus 8, scoring 3,280 in multi-core tests – that’s almost 1,000 less than the A14 Bionic can muster.

There’s still no word on what will power the new iPhone but there has been plenty of speculation about the bonus features coming to these popular call makers.

Upgrades include every new iPhone getting OLED screens, improved cameras and some could be available with access to 5G data speeds which will mean they’ll be able to download files at over 300Mbps – around six times faster than the average home broadband.

All of these devices could be the first to ship without a charger or headphones in the box with the US firm thought to be removing these accessories in a bid to reduce electronic waste.