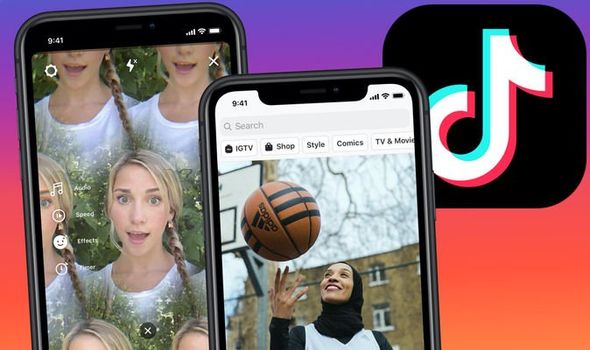 Instagram has launched a new tool in its popular social media app – Reels. This new addition lets you share 15-second videos made from multiple clips complete with music, audio and video effects. If that seems strangely familiar, then chances are – you’ve used TikTok. The new social media kid-on-the-block has seen a colossal uptick in users following lockdown.

TikTok presents users with an Instagram-style feed of snappy video clips with effects, filters, and music. The app, which could be banned by US President Donald J Trump, has enjoyed huge success thanks to viral dance trends and challenges. TikTok now boasts some 800million users worldwide ..something Facebook-owned Instagram clearly isn’t happy about.

Instagram Reels, which is only available in a handful of countries right now – will be coming to 50 countries globally in the coming weeks, and is located within the Instagram Camera. This is accessed by swiping from left-to-right on the main photo feed that launches when you open the Instagram app on your smartphone (or there’s also a small camera icon in the top left-hand corner that’ll take you there too).

Reels has launched with a number of different tools for editing, including options to add audio – either to your own recorded clip or to a track from the Instagram music library, change the video playback speed, Augmented Reality (AR) effects, as well as timers and countdowns for any dance challenges that you want to share with followers.

Once you’ve filmed your clip(s) using the camera interface and applied any wacky AR effects, your Instagram Reel can be saved as a draft, or shared immediately. The latter is handled in exactly the same way as an Instagram Live video. In other words, Reels are shared to a dedicated tab on your profile and can be viewed by everyone (if your account is public) or anyone who follows you (if your account is set to private). 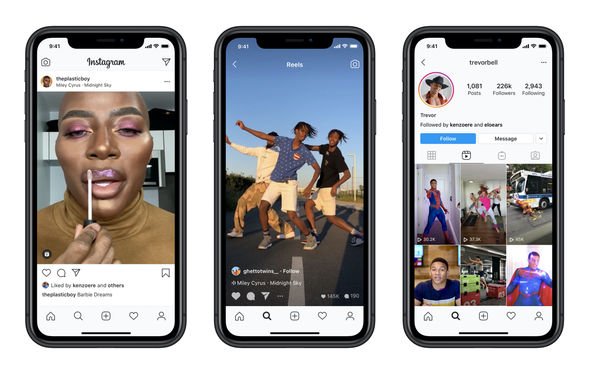 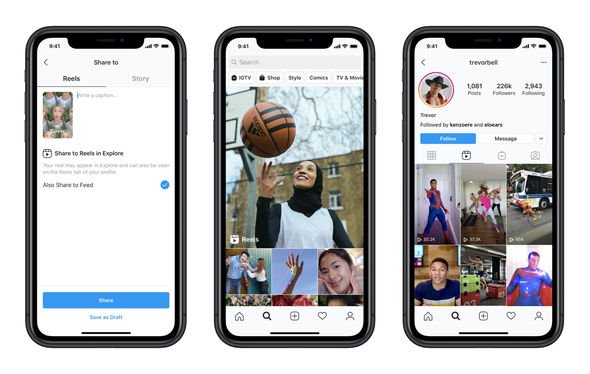 Just as with its Live videos, Instagram will let you change the cover image associated with Reels. By default, it’s a preview of the video. You can also add a caption, hashtags, and tag your friends when posting a new Reel.

“Reels gives people new ways to express themselves, discover more of what they love on Instagram, and help anyone with the ambition of becoming a creator take centre stage,” Instagram says. As well as the UK, Reels is currently available in the United States, India, Japan, Australia, France, Germany, and Brazil, where the feature was beta tested ahead of the launch. More countries will be coming soon.