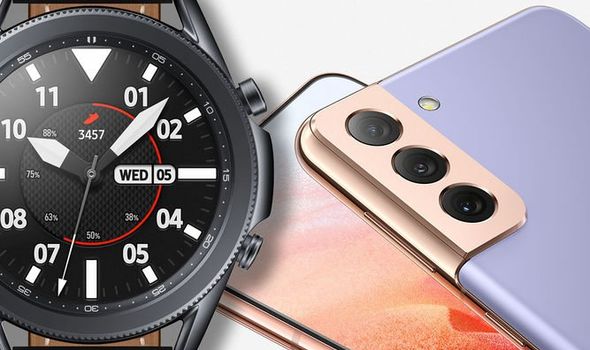 Samsung fans could have an exciting summer ahead with the Korean technology firm rumoured to be releasing a swathe of shiny new devices. Nothing official has yet been announced but whispers suggest that one of the company’s famous Unpacked events could be just weeks away.

Samsung’s Unpacked showcases have become renowned for bringing new innovations to the market and its next event looks set to be a thriller with new smartphones, foldables, wireless earbuds, and a fully updated smartwatch all expected to come – the event surely won’t disappoint.

So, if that’s got you all hot under the collar then here’s all you need to know.

Back at the MWC trade show in Barcelona last month, Samsung confirmed an event is coming this summer. That was all the information they revealed but according to a leak from the ever-reliable Evan Blass on Twitter, we should expect the next Unpacked event on August 11. Providing back-up to this top tech tipster, a recent report from Korean site Digital Daily includes a statement from a Samsung official supposedly confirming this date.

Perhaps one of the most exciting upgrades coming from Samsung has to be its new Galaxy Watch.

As Samsung more-or-less confirmed itself, the Galaxy Watch 4 will be revealed Unpacked. Following the Watch 3, we’re expecting some new health features such as blood oxygen monitoring and advanced sleep tracking.

But the biggest upgrade comes not from the hardware, but from the new software which was developed with Google. The new One UI Watch operating system will combine Google’s software design and Samsung’s smartwatch apps and features.

Another device that is sure to get Samsung fans excited is the upcoming release of a cheaper Galaxy S21 FE (Fan Edition).

According to a recent leak, the Galaxy S21 FE is set to come with 5G connectivity, the latest Snapdragon 888 processor, and three cameras. While this device will cost less, it seems Samsung is still giving you many of its premium features.

Along with the FE we’re also expecting updates to Samsung’s foldable line-up. The rumoured new phones include the follow-up Galaxy Z Fold 3 and Galaxy Z Flip 3. Both devices are set to receive fairly minor performance upgrades, but will potentially gain waterproofing. The Z Flip 3 is also expected to be completely redesigned with a larger mini-display.

Finally, Samsung is also set to update its wireless earbuds, the Galaxy Buds, with a new model. It remains unclear whether the new model will follow the more basic Galaxy Buds rivalling Apple’s AirPods, or the premium Galaxy Buds Pro rivalling the AirPods Pro.

Besides some new colours, the most significant change we’re expecting is a decrease in the retail price. The earbuds might also get noise cancellation to block out external noises.

It looks like there’s lots to come from Samsung and Express.co.uk will bring you all the latest news and rumours in the run-up to this summer Unpacked showcase.