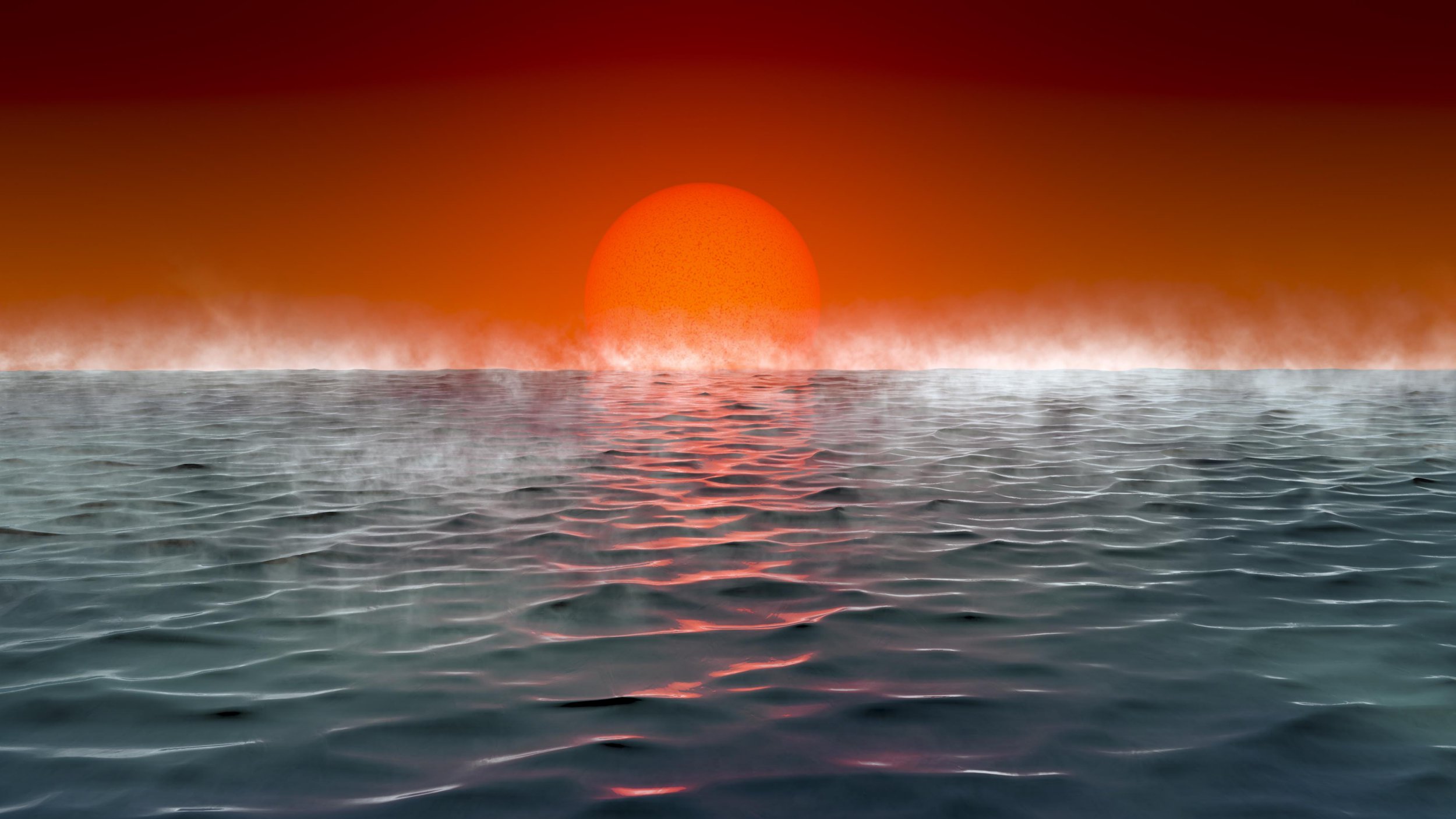 Astronomers have discovered a new class of planets which could support life, greatly accelerating the search for life outside our Solar System.

In the search for life elsewhere, researchers have mostly looked for planets of a similar size, mass, temperature and atmospheric composition to Earth.

But University of Cambridge astronomers believe there may be more promising possibilities out there.

They have identified a new class of habitable exoplanets, dubbed Hycean planets: hot, ocean-covered planets with hydrogen-rich atmospheres, which are more numerous and observable than Earth-like planets.

According to the scientists, the findings could mean the discovery of biosignatures of life outside our Solar System is a real possibility within the next two or three years.

Dr Nikku Madhusudhan from Cambridge’s Institute of Astronomy, who led the research, said: ‘Hycean planets open a whole, new avenue in our search for life elsewhere.’

Many of the prime candidates of these planets identified by the researchers are bigger and hotter than Earth.

However, they still have the characteristics to host large oceans that could support microbial life similar to that found in some of Earth’s most extreme aquatic environments, researchers suggest.

This means that they could still support life even though they lie outside the range where a planet similar to Earth would need to be in order to be habitable.

Since the first exoplanet was discovered 30 years ago, thousands of other planets have been discovered outside of our Solar System.

The majority are planets between the sizes of Earth and Neptune, often referred to as super-Earths or mini-Neptunes, and can be predominantly rocky or ice giants with hydrogen-rich atmospheres, or something in between.

Earlier studies of such planets found that the pressure and temperature beneath their hydrogen-rich atmospheres would be too high to support life.

However, a recent study on the mini-Neptune K2-18b by Dr Madhusudhan’s team found that in certain conditions these planets could support life.

This prompted detailed investigation into the full range of planetary and stellar properties for which these conditions are possible, which known exoplanets may satisfy those conditions, and whether their biosignatures may be observable.

The investigation led researchers to identify a new class of planets, Hycean planets, with massive planet-wide oceans beneath hydrogen-rich atmospheres.

Hycean planets can be up to 2.6 times larger than Earth and have atmospheric temperatures up to nearly 200 degrees Celsius.

Size alone is not enough to determine whether a planet is Hycean, and other aspects such as mass, temperature and atmospheric properties are required for confirmation.

Dr Madhusudhan said: ‘Essentially, when we’ve been looking for these various molecular signatures, we have been focusing on planets similar to Earth, which is a reasonable place to start.

Co-author Anjali Piette, also from the University of Cambridge, added: ‘It’s exciting that habitable conditions could exist on planets so different from Earth.’

The team has identified a sizeable sample of potential Hycean worlds which are prime candidates for detailed study with next-generation telescopes, such as the James Webb Space Telescope (JWST), which is due to be launched later this year.

These planets all orbit red dwarf stars between 35-150 light years away – close by astronomical standards.

It is thought that planned JWST observations of the most promising candidate, K2-18b, could lead to the detection of one or more biosignature molecules.

‘A biosignature detection would transform our understanding of life in the universe,’ said Dr Madhusudhan.

Adding: ‘We need to be open about where we expect to find life and what form that life could take, as nature continues to surprise us in often unimaginable ways.’

The findings are reported in The Astrophysical Journal.