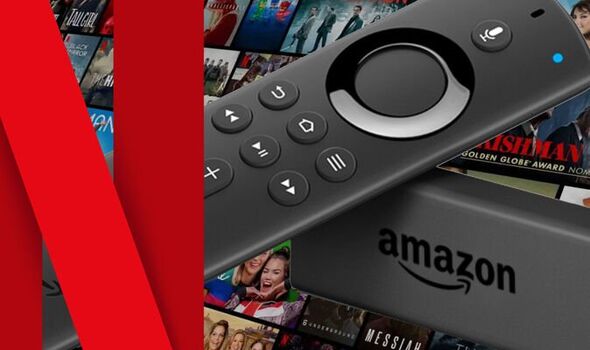 Netflix is thought to be laying the groundwork to launch its first ever streaming stick, and may have found the perfect partner. The Amazon Fire TV Stick and Google Chromecast devices could soon be facing new competition, with Netflix rumoured to be buying streaming giant Roku. It’s thought talks on the buyout already taken place and could pave the way for Netflix to launch its own brand of streaming sticks.

Roku already make a wide range of popular streaming devices such as the Roku Express and Roku Streaming Stick+.

Roku also partners with 4K TV manufacturers such as TCL and Hisense, with tellies from these firms pre-loaded with its software.

Roku’s expertise in this field could also lead to Netflix launching its own brand TVs, which could be in a similar vein to Sky’s groundbreaking Sky Glass set that launched at the end of last year.

Rumours of this deal were reported by Business Insider, and recent activity has added fuel to these claims.

Roku has reportedly recently stopped employees from selling stock. This kind of activity usually happens when stocks are about to change in value drastically for some reason.

This is meant to stop insider trading and can be enforced when a buyout is on the cards that would lead to shares prices rising dramatically.

While the obvious result of this potential deal would be a Netflix branded streaming stick, there is another possibility.

Netflix is rumoured to be launching a new ad-supported membership tier which should help with flagging user numbers.

And Roku could be the ideal partner to help with these efforts.

According to Insider, in the first quarter of this year the amount Roku made from ads was seven times more than the amount it made from selling hardware.

This kind of know how would be ideal in helping Netflix maximise the amount of revenue it gets from a potential new ad-supported membership tier.

This is of especial importance given Netflix’s flagging user numbers recently.

In the first quarter of this year Netflix recorded its first drop off in user numbers in a decade.

Subscriber numbers fell by 200,000 in Q1 2022 while Netflix expects to lose a further 2million subscribers in the second quarter.

All the while Disney+, the third most popular streaming service in the world, is also growing from strength to strength.

The Disney service is considerably younger than Netflix and Prime Video, but is growing at an impressive rate.

In the most recent quarter Disney+ gained around 8million subscribers, and with the House of Mouse set to launch an ad-supported streaming service later this year it could claim even more market share.

Which makes Netflix’s attempts to diversify and stay on top all the more important.